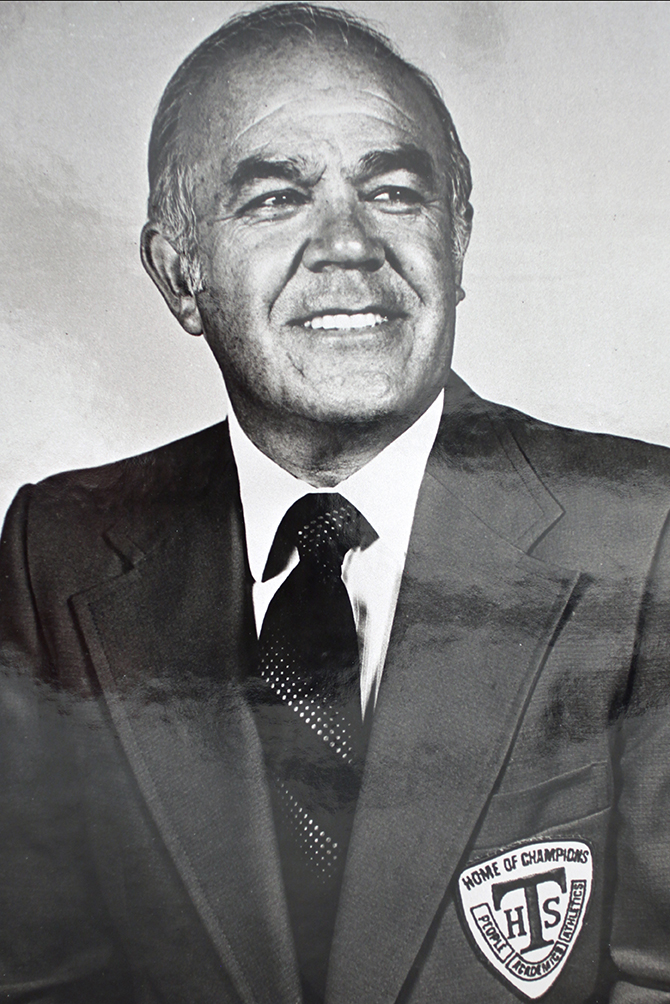 Is a native Tucsonan that has dedicated his life to not only education but to the community. Gil attended Roskruge Elementary and Junior High School before attending Tucson High School. Before enrolling at the University of Arizona, Gil served in the United States Marine Corps from 1943 to 1946. Although he graduated with a Bachelor of Science degree in Secondary Education from the University of Maryland he did receive a master’s degree in Education from the University of Arizona.
Although most of us know Gil as a native, few of us realize that he was away from the Old Pueblo for ten years. Even though he left Tucson, he always yearned for the day that he would return. Among the many positions that Gil has had throughout his career, his fondest memories come from his tenure as principal at Tucson High.
When speaking to Gil about his duties as principal at Tucson High one immediately can see the pride and excitement build up. Recently a teen guest editor for the Tucson Citizen wrote about traditions and what key role they play during high school. The editor went on to say that traditions, particularly at the new high school can be a problem. Traditions at Tucson High have never been a problem, and under Gil’s direction, traditions and the pride of being a Badger were resurrected and firmly cemented lest anyone forget our great school.
Among the many honors Gil has received throughout the years are being named Southern Division Baseball coach of the Year for 1962, 1963, 1965 and 1968. Arizona Coaches Association Coach of the Year and Elected to Coach the Arizona All-Star Team in 1970, National High School Coaches Association Coach of the Year for 1969; Topps Coach of the Year, High School Division for 1969. Additionally, he has served on numerous boards and on committees, including President of the Badger Foundation in 1982. Gil was one of the founding members of the Badger Foundation and was instrumental in assuring that Tucson High School remain an integral part of the TUSD school district.
Gil has always taken a leadership role in education and has been active in the field since 1947 until his retirement in 1983. That’s’ over 36 years in the field. He is active in the community and serves on a number of boards including the Copper Bowl Board and the Hotel Sales and Marketing Association International Board of Directors. Gil is currently employed as Director of Sales and Marketing at the Radisson Suite Hotel in Tucson. If one were to ask Gil to make a comment about what Tucson High School means to him, he will simply state, “Pride”. Gil has been happily married to Ruth K. Carrillo for over forty years. They have two children, Christine and Michael.