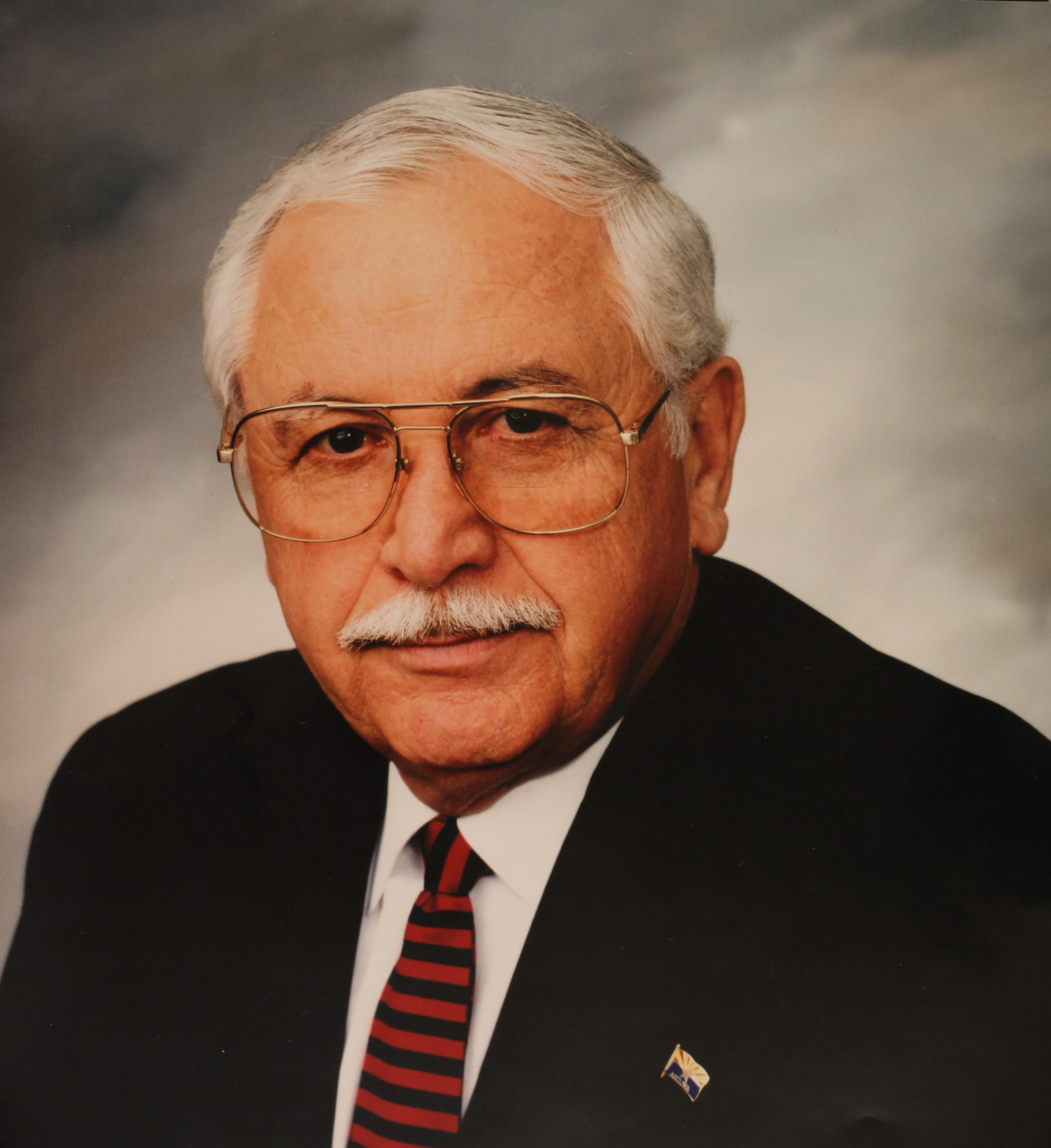 Bill left Tucson High School after tenth grade to join the Marine Reserves. Not graduating from high school was one of his greatest regrets. Sixty-three years later, he received an honorary high school diploma from Tucson Unified School District. His diploma was one of his most treasured accomplishments.

Upon returning from the service, Bill married and had six children. To support his family, he worked as a carpenter’s apprentice, window dresser and hung drywall. In 1979, Bill founded W.G. Valenzuela Drywall. All his hard work and sacrifice paid off. His company was on the Hispanic Business magazine’s list of 500 of the most successful Latino-owned companies in the country.

Bill served as Arizona State Chair Emeritus for the National Committee of Employer Support of the Guard and Reserve – under the Secretary of Defense (ESGR). He was also a valued member of the 162nd Fighter Wing Minuteman committee, the unit’s civic leader support organization. He was awarded the James M. Roche Spirit of Volunteerism Award for Service to our State and our nation, the highest award presented by the ESGR.

His many honorary awards include Man of the Year – for both the Tucson Hispanic and Tucson Metropolitan Chambers of Commerce. Small Minority Business of the Year, Construction Industry’s Good Scout Award, Father of the Year, and the Jose Canchola Philanthropist of the Year Award.

Throughout his endeavors, Bill always stressed the importance of family, education, hard work, and service to community and country. Through his selfless giving and volunteerism, he made a significant difference in the lives of many.