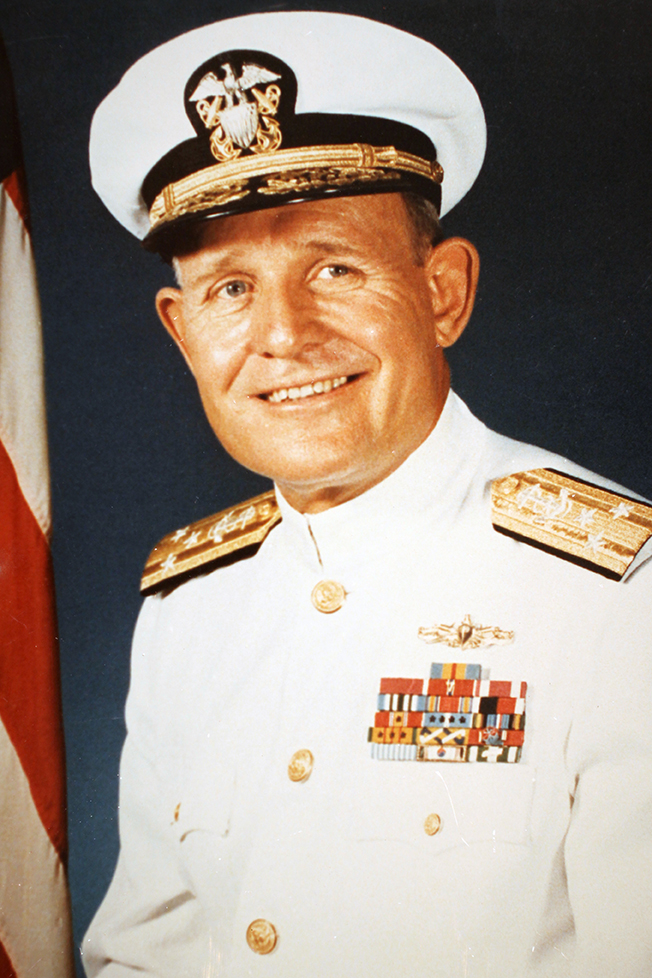 He has had many outstanding achievements to his credit, one of which was graduating as Valedictorian of his senior class at Tucson High in 1945. He attended the University of Arizona one year and then was accepted to the United States Naval Academy, graduating in 1950. He was a Rhodes Scholar in Oxford, England graduating with a Master of Arts in Philosophy, Politics, and Economics. In the United States Navy, he served overseas in Japan, Korea, Mediterranean Sea, Vietnam, Hawaii, and Brazil. He has received many awards including the Distinguished Service Medal with an Oak Leaf Cluster, the Legion of Merit, Bronze Star Medal and Meritorious Service Medal with Kombal “V”. Prior to his retirement from the Navy, Admiral Hanson was director, Joint Staff, and organization of the Joint Chiefs of Staff. He was formerly the Military Assistant to the Secretary of Defense. Thor Retired from the Navy in February 1982 and served as Military Analyst for Cable News Network for nine months. Since November 1982, he has been President and Chief Executive Officer of the National Multiple Sclerosis Society. He is also a member of the Board of Directors of the National Health Council and Comstrom Corporation. Thor and his wife Charlotte have five children and presently like in New York City.