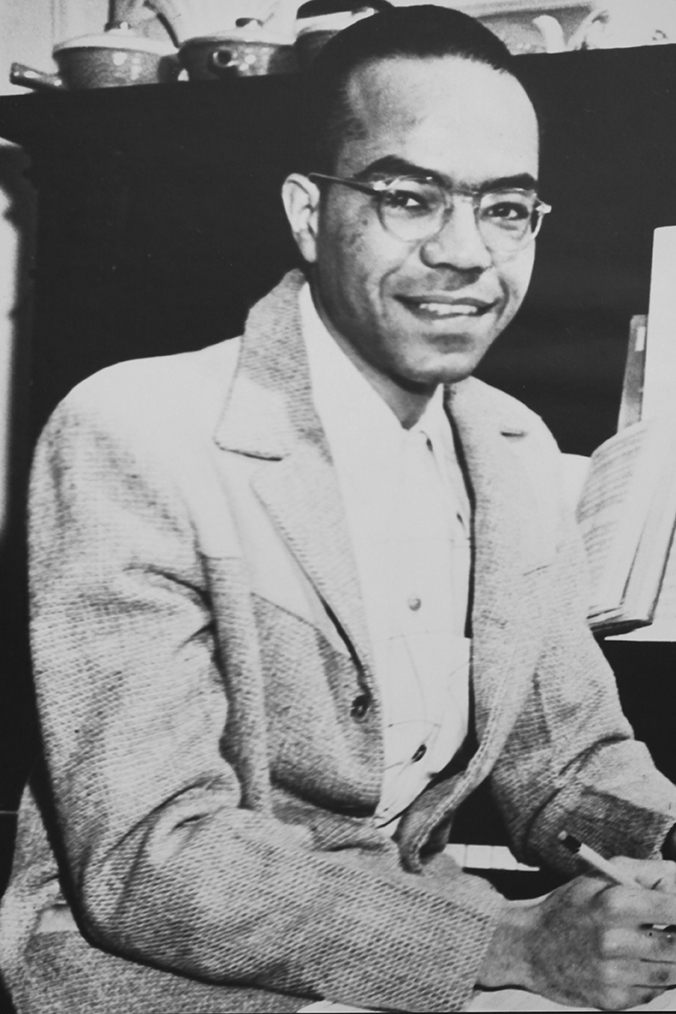 African-American composer was born in Tucson in 1917. His uncle was the celebrated jazz musician King Oliver. He studied piano, violin, and saxophone at Tucson High School he was in Glee Club, Band and Jazz Band. He received a BA in music from the University of Arizona and Masters from Eastman School of Music. He also studied at Berkshire Music Center and Yale with Paul Hindemith. He played in a Navy Band during WWII. After the war achieved many fellowships and awards: a Fulbright Scholarship, a grant from the American Academy of Arts and Letters, a Guggenheim Fellowship, and the Prix de Rome. On return to the USA; he became music consultant for Broadcast Music, professor of music at Lehman College at City University of New York, UCLA, and Boston University.
Mr. Kay’s music started getting honors when he was in his 20s. He received many commissions to write music for symphony orchestras and universities, and received honorary degrees from Lincoln College, University of Arizona, Bucknell, and Illinois Wesleyan. He was a member of the first group of American Composers to be sent to the Soviet Union by the State of Department. He also served on cultural exchanges in Italy, France, England and Yugoslavia. Mr. Kay is listed in Who’s Who in American Music and the International Who’s Who in Music. His music includes pieces for orchestra, band, chorus, opera, chamber music, film and television scores.