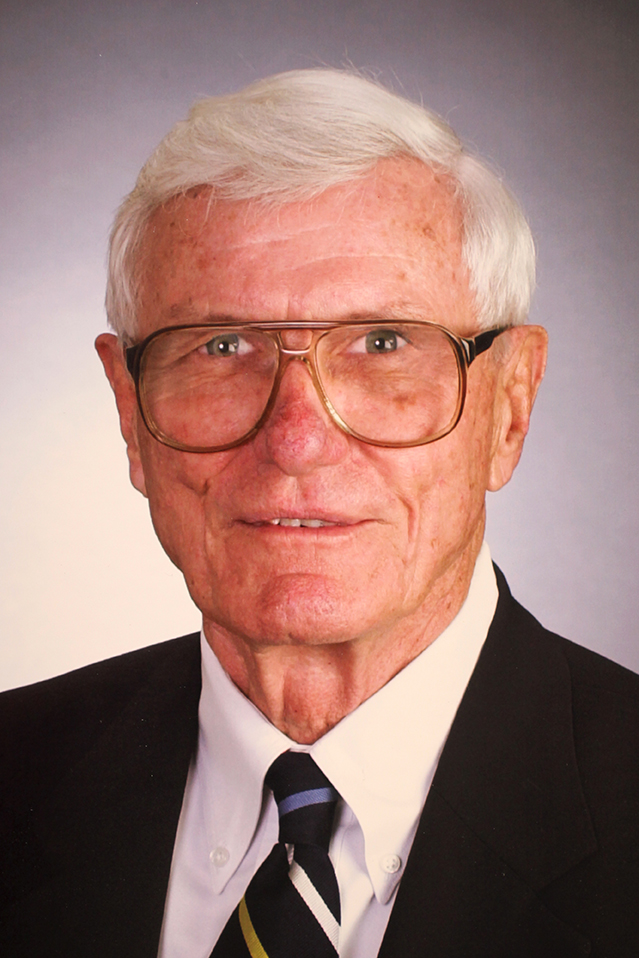 Tom was born in Globe, Arizona in 1927 and moved to Tucson with his parents in 1930. You would be hard pressed to find a more loyal Badger or friend than Tom Fridena! Tom has been in love with Tucson High for 60 years and still wears his saddle shoes to prove it. When it comes to planning reunions for the class of 1946, they never have to worry because Tom Fridena will take care of it. As class President, Tom has always taken the responsibility to hand pick a chairman whom he knows will do a terrific job, and let me tell you, this class has had some fabulous reunions. Tom has a way of letting other people take the credit after he has laid the groundwork. I cannot tell you how many young people have benefitted not only from his time and energy, but also from his overwhelming achievements in fundraising. As Tom would say “it never hurts to ask” and ask he has for help with everything from the YMCA swimming pool near Prescott, the weight room at THS, the scoreboard sign at the football stadium and the bust of Rollin T. Gridley that graces the Badger Garden on the west lawn at THS. The focus and beneficiary of most of Tom’s talents and energy has always been the young people, whom he loves to be with and support in their endeavors. Whether it was the fortunate few who were his students or the hundreds of high school and college football players he has guided and supported, he was always on their side. His knowledge of Who’s Who in college sports together with his background of officiating for 29 years in the WAC and PAC 10 conference has made him invaluable in the yearly Bowl team selection process.