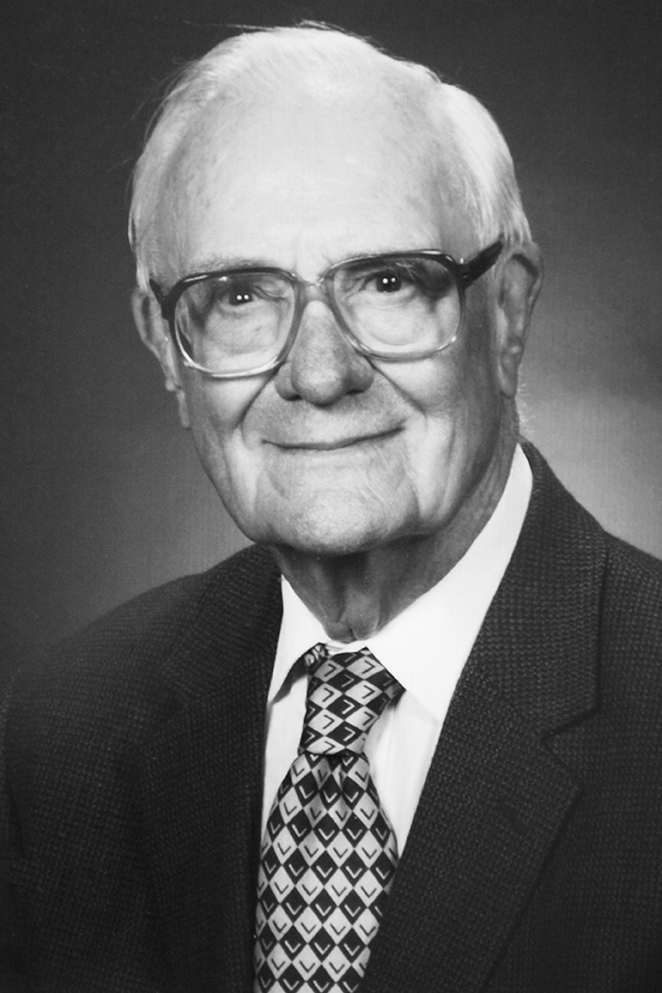 The Lininger family moved to Tucson in 1936. Schuyler has been an avid Arizonan ever since. He graduated from Tucson High School in 1940 and the University of Arizona in 1947 after a time out to serve his country during World War II with the 1st Cavalry. Purchasing The Lodge on the Desert from his parents in 1947 he managed it for fifty years. During that time, he worked diligently to provide outstanding lodging and promoted tourism for Tucson and the state of Arizona. His leadership in numerous organizations involved the tourist business benefiting the economy of our city as well as the state. To name some: Skal International Tucson (Founding Member and President), Skal International United States of America (Vice-President and President), Skal North America (President), Arizona Hotel/ Lodging Association (President and member), and the Southern Arizona Hotel/ Lodging Association (President), a long standing member of the State Board of Tourism Resort Committee (the American Hotel /Lodging Association). Receiving an Ambassador of Tourism Award from Governor Babbitt and a Copper Letter for Outstanding Citizen of Tucson by Mayor Murphy, Schuyler continues to share his experience and ideas as a member of many of these groups. In the community, he served on the Tucson City Council (1975-1976), and Civil Service Commission with a term as Chairman. For many years, he was on the board of the Salvation Army and a member of the Rotary Club of Tucson since 1947, serving as President in 1975-1976. He has been on the University of Arizona Advisory Board of the College of Business and Advisory Board for the School of Theater, Film and TV as well as Executive Committee of the National Board of Advisors for the Eller College of Management. He has supported the Tucson Wildlife Center since its inception. He served on the Tucson High Badger Foundation for several terms and worked on the Endowment Fund. He firmly believes and hopes an Endowment Fund will continue to provide money for future students to have high school experiences that they might not have otherwise. In all of his endeavors, Schuyler worked diligently to improve the profession of lodging and tourism, philanthropies, and the schools he attended. Loyalty, caring and hard work are important aspects of his good character.