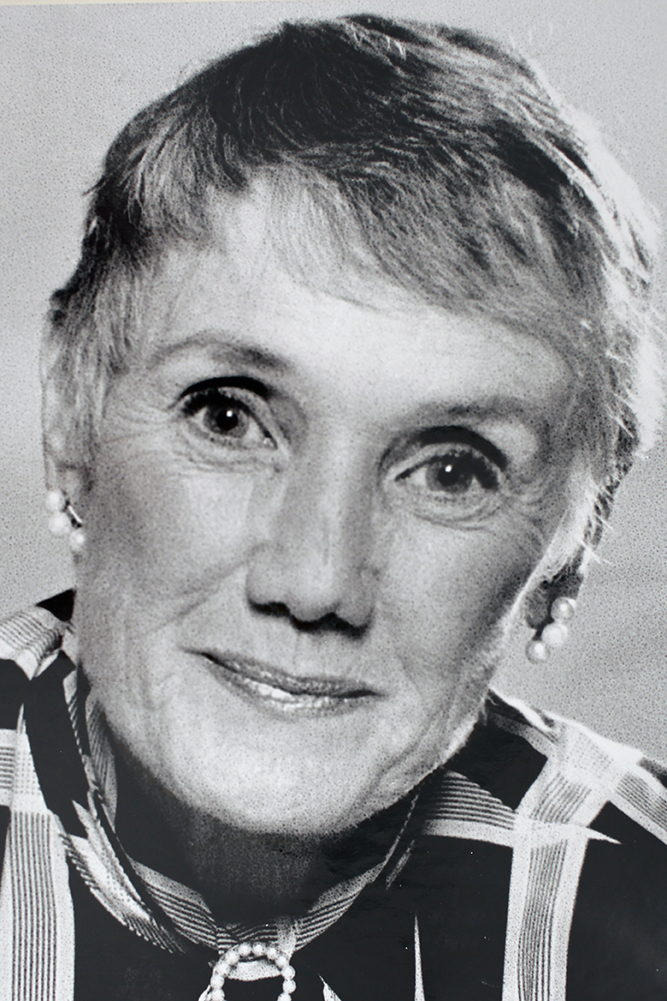 Daughter of Hiram Corbett and Ruth Weissinger Corbett is a Tucson native and her Tucson and Arizona are deep, in fact her ancestors came to this valley from Spain in the mid-17th century. That’s even before father Kino!!
While in Tucson High she was one of the most outstanding students. Ruthie began her publication, public relations, and writing careers early demonstrating her excellence by serving her senior year as managing editor of the Tucsonian, managing editor of the Cactus Chronicle and editor in chief of the Quarterly all at the same time a rare accomplishment. She was also active in the National Honor Society, The Social Hour Committee, and Girls T Club etc.
After graduation from Tucson High in 1945 she enrolled at the University of Arizona. Three years later she graduated with a B.A. in journalism Cum Laude continuing in many civic, social and university activities including Phi Beta Kappa Phi. This certainly prepared her for her current position as promotion manager and assistant to the marketing director of Tucson Newspaper, Inc.
In between, Ruth Meyer (also a Tucson High graduate) and reared two daughters, Lynn now an architect in Tucson and Tina a teacher in Prescott. Tina is the mother of Ruth’s two grand-daughters. After being widowed in 1966 she persuade her interest in communications and public relations working for various firms.
Subsequently she married Bart Cross and with his job traveled the world for five years visiting many lands: Australia, England, Greece, Brazil, South Africa etc. While living abroad, Ruth had many fascinating experiences including working as a free-lance writer in Brazil, a public relations officer for control data in South Africa, and as a correspondent for an English Language paper in Brazil.
After her return to the Old Pueblo she was named project coordinator for the University of Arizona Centennial Ably and creatively planning the year and a half Regional celebration featuring many of the world’s finest artists and academicians.
Besides working on her own Public Relations firm Ruth was served in many civic organizations. She is a past President of the Arizona Children’s Home, a member of The Arizona Historical Society, Tucson Community Foundation, the Tucson Festival Society, Tucson Art Museum, Los Padrinos, University of Arizona Alumni, Kappa Gamma Alumnae, and many others. And not the least of her active roles has been in the Tucson High Badger Foundation from the first meeting of the Board of Directors in 1982. Ruth continues to be a hard working loyal member of many groups helping Tucson to be a better place to live.