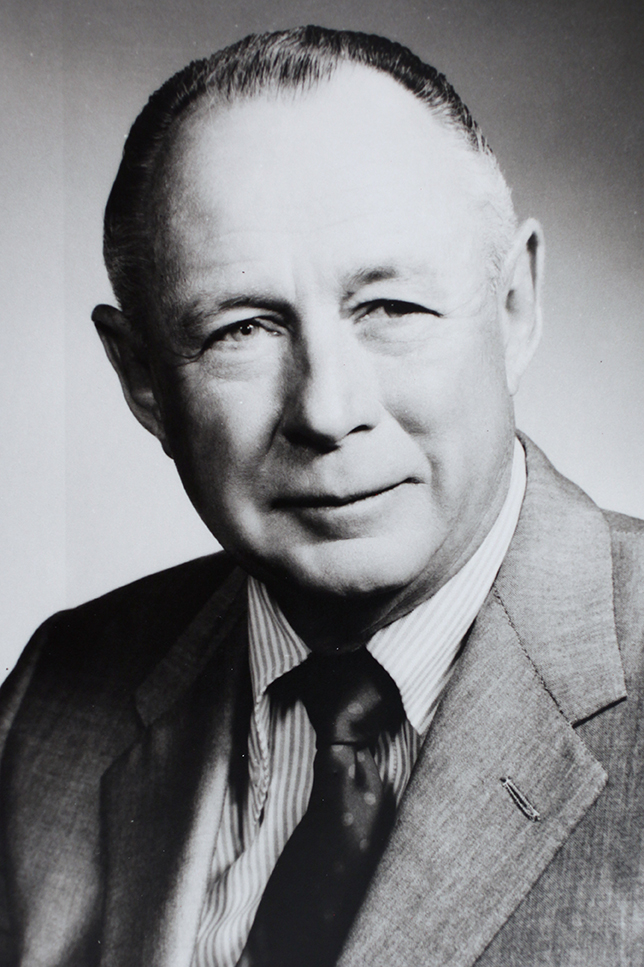 Native Tucsonan, Roy P. Drachman graduated from Tucson High School in 1924. He participated in a variety of student activities including serving a term as secretary of the student body and president of the Hi-Y Club. He was sports editor of the Cactus Chronicle and lettered in baseball. His Tucson High School activities began a life of professional accomplishments and service to his community. He is currently co-owner of Drachman Realty Company, which was established in 1946 and has been co-developer of shopping centers, office buildings and hotels in Arizona and California. He has served as president of three national real estate organizations including the International Council of Shopping Centers, the Urban Land Institute and the American Society of Real Estate Counselors. He is a member of the Arizona Real Estate Commission and chairman of the Governor’s Commission on the Arizona Environment. Roy Drachman has demonstrated his concern for the quality of health care in Tucson by serving on the boards of Tucson Medical Center, St. Mary’s Hospital and St. Joseph’s Hospital. In 1983 he was named Man of the year by local supporters of the local supporters of the Los Angeles based City of Hope medical research center that specializes in catastrophe disease. That same year, he presented his personal gift of one million dollars to the University of Arizona cancer research center.