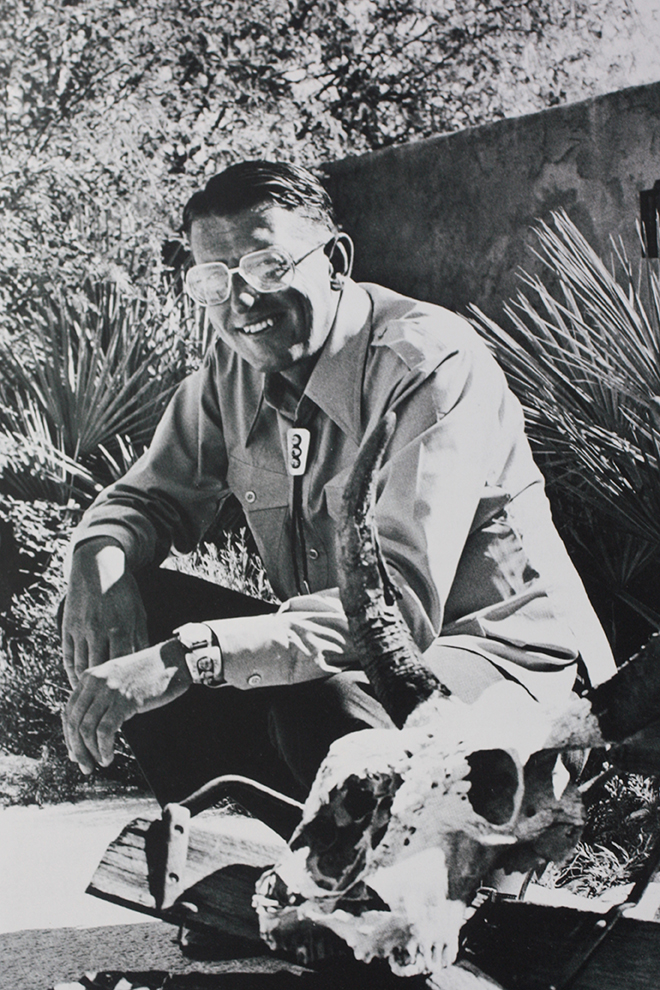 Internationally known, impressionistic artist of the contemporary Southwest, Ross Stefan’s talent was first noted when at age seven the Milwaukee Journal printed two of his horse sketches and an article noting that the second grade student was selling his artwork and using the money to buy defense bonds. Wisconsin’s rough winters and frequent pneumonia bouts found the Stefan family moving to Tucson. In 1949 Ross entered Catalina Junior High (now Doolen Middle School) which went through extensive remodeling ten years ago. During the renovation a large mural painted by Ross, as a student at Doolen, was preserved on a renovated wall. While at THS his activities included art staffs for both the Chronicle and Quarterly, Pep Squad, Dance Committee, Junior Honor Guard, H-Y, both Spanish and German Clubs, National Honor Society and National Art Honor Society. He studied art at UA and worked part-time as sketch artist for Arizona Daily Star where he met his future wife Anne Silverman. In 1955 they married and moved to Tubac where Ross painted and sold historic real estate. In 1958 a Tucson art gallery entrepreneur Ivan Rosequist, signed Ross to a long term contract that allowed him to devote fulltime to painting. Barry Goldwater frequently said Ross was “a national treasure.” National recognition began in 1971 for Ross with a one man show at New York City’s Grand Central Gallery. In 1977 he was chosen for Tucson Festival Society Artist of the Year. His work has appeared in publications ranging from Arizona Highways to the New York Times. John K. Goodman wrote Mr. Stefan’s biography in 1978 which was given a special publication award by the Cowboy Hall of Fame. His work has been seen in museums and galleries all over the United States and as far away as China.