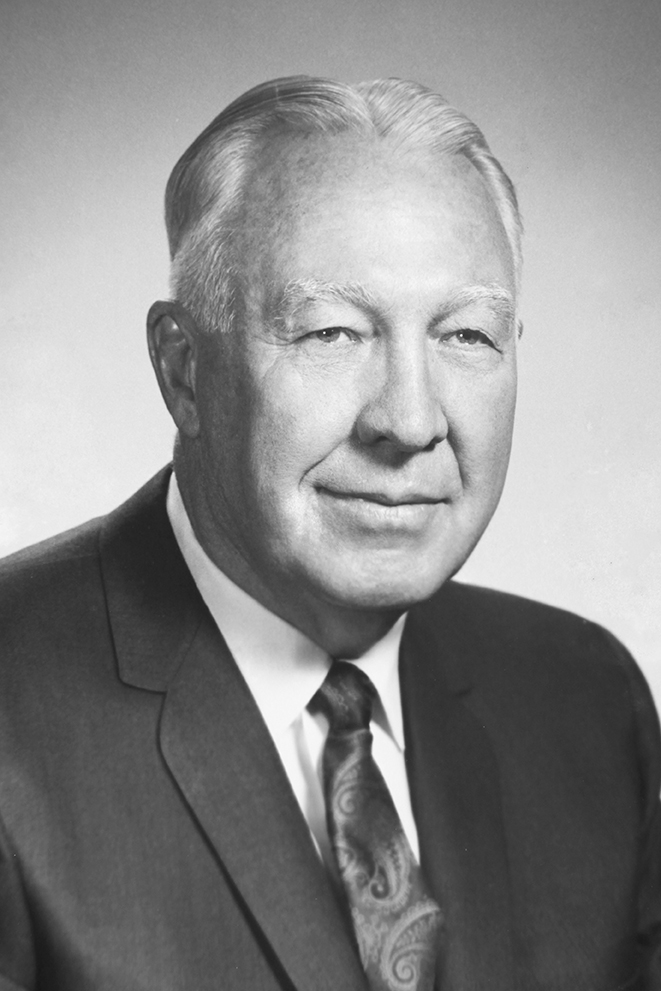 HS Coach – Administrator, 1st Principal Catalina HS ’53-‘69
“GRID”, a native in Janesville, Wisconsin, was born on December 13, 1903. While attending the University of Arizona he became a Wildcat Letterman in basketball and football, a member of Bobcats and Sigma Chi fraternity. Following his graduation on June 4, 1927, he accepted a position on the faculty of Tucson High School to teach social studies and do athletic coaching. In 1948 he became assistant principal and in 1950 he was named founding principal of the Adult Evening School. His tenure at T.H.S. ended in 1953 when he was appointed the principal of the new Catalina High School where he served until his retirement June 30, 1969. Throughout his brilliant career as an educator, Rollin Gridley has demonstrated the highest degree of excellence as an inspiring teacher; a “Builder of Character” and an effective administrator. The Rollin T. Gridley Junior High School was dedicated in his honor on October 20, 1974 by the Tucson Unified School District. In 1982 Gridley was elected to the University of Arizona Sports Hall of Fame.