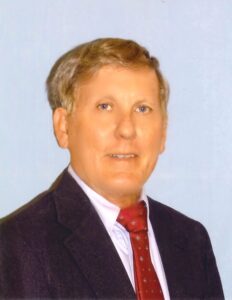 Bob Saxon is a worthy Badger Hall of Fame candidate, as a student athlete at THS/UA; as educator/coach; and as business owner/community servant.  While his life is filled with remarkable accomplishments, his crowning work was as a teacher/coach.  As Sahuaro High head track coach, his emphasis on participation was so remarkable that in peak years, over 150 boys and 90 girls participated, and the stands were filled with as many spectators as the Sahuaro football games.  Retired from coaching, he enabled potential dropout students to focus on life and graduate.

At THS, Bob was an All-American on the 1965 state championship mile relay team with the 4th fastest time in the nation, still a THS school record. He took his considerable jumping/running skills to the UA, where he lettered in track from 1967-1969 and was the first freshman and president of Sigma Delta Psi (athletic) fraternity

His teacher/coach career began in Lancaster, CA, where his junior high teams were City Champions in all 4 major sports.  Later, at Tucson Sahuaro HS, his varsity teams had a 90% dual meet record, with 32 All-State and 11 All-American athletes, and entry to all 4 military academies.  His best athletes competed in the state decathlon championship every year, and he successfully advocated the triple jump and the All-City Track and Field team.

As a World/US History/Social Studies teacher (over 25 subjects), he brought life into the classroom, including real Civil War relics.  As the Drop Out Prevention Coordinator, he enlisted 1000s of celebrities, who sent him autographed photographs and personal/uplifting stories.  His individualized packets and one-on-one sessions prepared these students for life, and their graduation rate exceeded the general HS population!

After his teaching/coaching career, he (and wife Vicki) purchased Badge Man whose quality/innovation for badges, plaques and trophies is well known in Tucson, with clients all over the United States.

His amazing community service/financial support emphasizes: passion for animals (Gorillas in Rawanda, aging Tennessee elephant sanctuary and our own Wildlife Center); cancer (St. Jude’s Hospital, the Ronald McDonald House and the V Foundation); and multiple sclerosis (Bike MS).  Retired, he was “Clerk of the Course” for the Tucson 4A Division Track meet.

In short, every life he has touched is so much better because of his quiet influence.