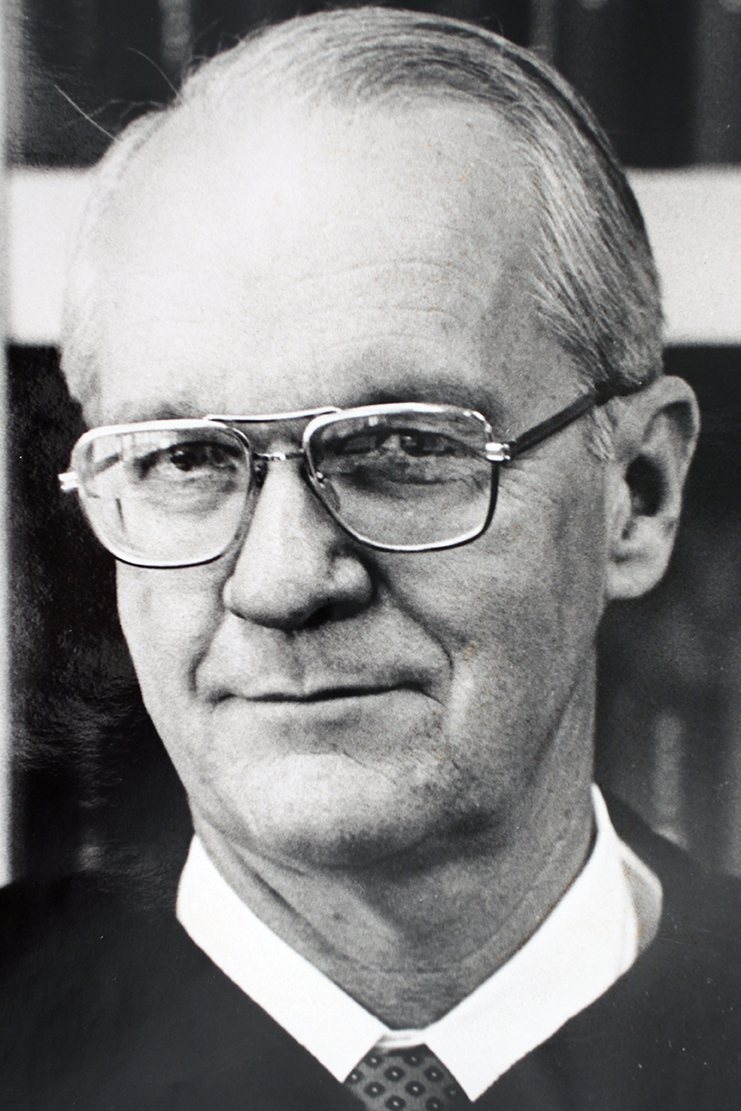 Was a successful lawyer for twenty years, was nominated and appointed to the US District Court bench. Bilby presided over several controversial trials, thus gaining for himself not only national prestige but the reputation for fairness tinged with candor, humor and bite.
He shunned the traditional judge’s robe dressing in a suit and often conducted jury selection much as a talk-show host, by mingling with the prospective jurors, asking and responding to questions. As chair of the Judicial Improvements Committee of the US Judicial Conference, he pushed for automation of the Federal Court system. He also spoke out against overcrowding in Arizona youth prisons and ordered fines for the Corrections Department if it accepted more than 652 individuals into its prisons.
In short, Bilby always sought a better way to do justice and was willing to do whatever it took to improve the system. Upon his death, a colleague stated, “If there was such a thing as a judge’s judge, it was Richard.”