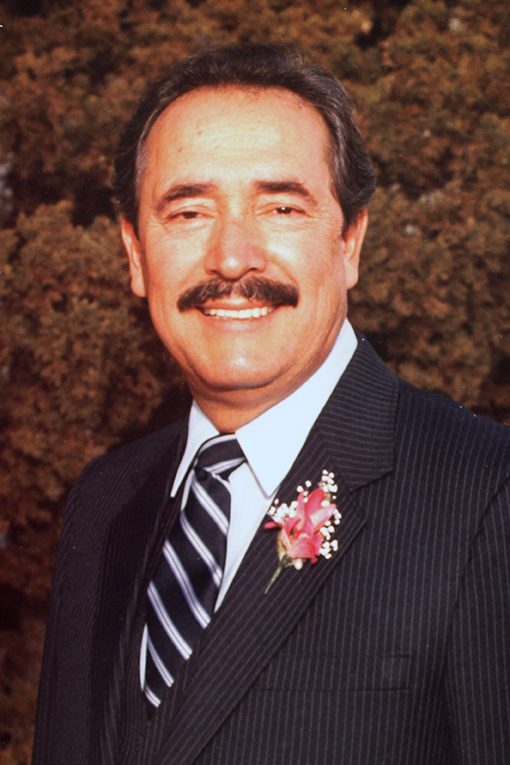 Ricardo Lopez Lopez was born June 11, 1931, in Tucson, Arizona. His family history in this area can be traced back to the very early 1800s. He went to school in Arizona and California and worked as a teenager in downtown Tucson. He joined the U.S. Army at the very young age of 19 and after boot camp was sent to Korea for active duty. During his tour in the Korean theater, he was promoted to Sgt. First Class. In 1953, Ricardo started his career at Tucson High as a custodian. With his work ethic and the great pride he took in being part of the THS staff, he achieved the position of Head Custodian. He retired from his position at Tucson High in 1992. He is fondly remembered by many THS administrators, faculty, staff, and students who walked the school’s shiny halls during his 39-year tenure. Ricardo is known as a strong, capable man who remains very affected by the loss of his brave comrades during the trying years he spent in combat. With the encouragement of his family, he has participated in events that honor veterans but, as a humble man, had to be persuaded to actively seek his medals of honor. After a veteran representative from Senator Ed Pastor’s office researched Ricardo’s military history, it was confirmed that Ricardo indeed, not only had military proof but displayed all the traits of a being a deserving candidate to be honored. In, May 2002, Ricardo was presented with eight medals including two Bronze Stars and a Purple Heart. While Ricardo has volunteered with the Tucson International Mariachi Conference and Los Changuitos Feos, he has dedicated his life to his family and friends. When his children were young and he was on vacation from his job at Tucson High, he worked for the American Red Cross. He continues to aid the family, friends, and neighbors who come to him for advice on everything from gardening to dealing with the loss of a loved one or simply for a good story or joke. Ricardo and his wife, Margarita, celebrated their 50th wedding anniversary this year. They have 5 children (all THS grads), 14 grandchildren and 4 great grandchildren.