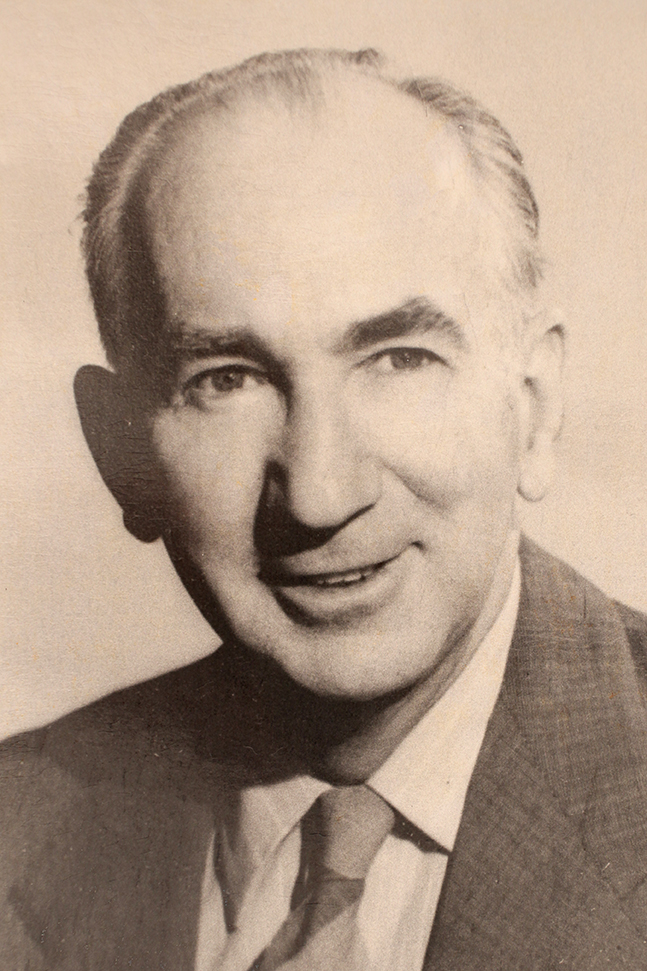 Was born March 20, 1894 in Gainesville, Arkansas a few minutes after his twin brother, who later taught Physiology at the Los Angeles City College. Ray had three other brothers and two sisters. Ray’s father was a country doctor in the Gainesville rural area. When Ray’s father died in 1908 the family moved to Fayetteville, Arkansas, across the street from the University of Arkansas where Ray earned a B. S. degree.
After moving to Tucson in December of 1921 he attended classes at the U of A, after teaching all day himself and received a master’s degree in 1927, the first year the U of A was accredited. Further studies in mathematics and statistics at Ohio State University during two summers gave Ray the qualifications to be a candidate for a Ph.D. but this was interrupted by the war years.

When Ray began teaching at Tucson High School, he met Blanche Emerson who was head of the Latin Department. Their friendship led to marriage June 1, 1925. They have one son, Robert Webb. Both he and his wife, Anna Marie Hesselburg Webb are graduates of THS. Ray is very proud of five grandchildren and two great-granddaughters.

From January 2, 1922 through June 1959, Ray Webb taught algebra, plane and solid geometry, and trigonometry at THS and served as Head of the Mathematics Dept. He retired in 1959 as Coordinator of Mathematics for the Tucson Unified School District, Secondary Schools. Many students remember Webb’s words of advice at the beginning of each mathematics test: “Let you conscience be your guide. No conscience, no guide.”

Over several years of testing and analyzing test results, Ray became the author of National Achievement Tests in Plane Trigonometry and Solid Geometry. He also co-authored other achievement tests with Dr. Julius Hlavity of New York City. This earned him a national reputation in mathematics teaching. Ray served as President of the Teachers Education Association in 1946-47 and after his retirement he became active in the Retired Teachers Association chairing various committees.

With a hobby of magic, Ray has been a member of the International Brotherhood of Magicians for 70 years. His students will recall his sleight-of-hand with the chalk at the blackboard to hold their attention. He performed his magic on THS assemblies and the Teachers Show to raise money for the Student Fund. His favorite memories of THS are the fun and success of the THS Carnivals in the late 1930’s to also raise money for the Student Fund.

Since his retirement he has created a new hobby which he calls Recreational Aspects of the Theory of Numbers. For example, Ray discovered one can take a four digit number, 6174, that when digits are arranged to form the largest possible number, 7641 and the smallest possible number, 1467, the difference between these two arrangements gives the original number 6174.

Ray Webb’s students will always remember him as the consummate teacher. He really wanted his students to learn the complete subject matter he was teaching. Even now he still receives calls and letters from former students, expressing their appreciation for his teaching efforts. Ray Webb was born to be a Math Teacher.