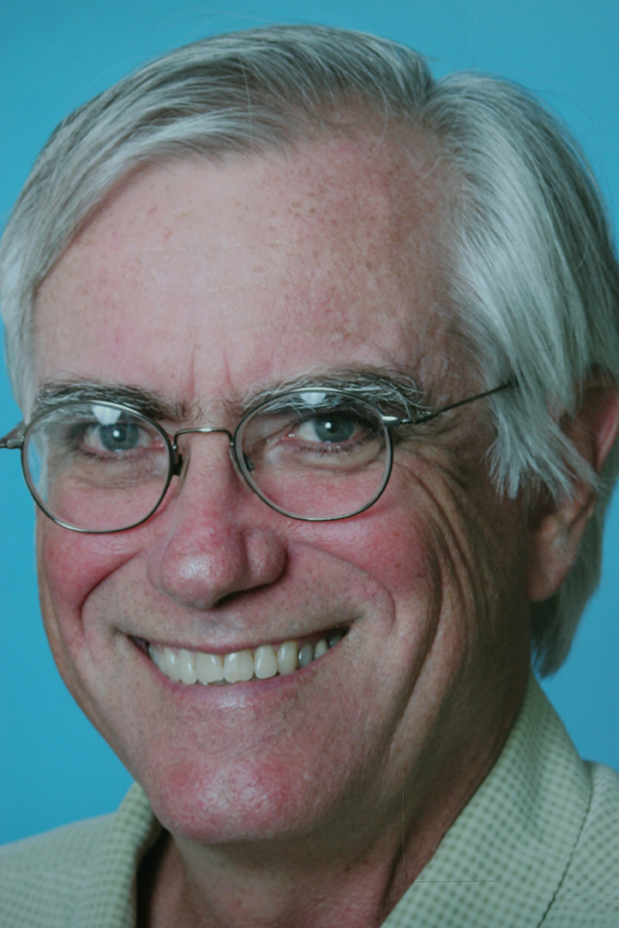 The 60-foot-wide-by-20-foot-tall exterior wall of The University of Arizona Lunar and Planetary Laboratory Building, where Peter Hollingsworth Smith is the Research Scientist, Senior, is ablaze with dramatic images, particularly of the current Phoenix Mars mission that is scheduled to reach its destination in late May. Pictures on the sides of the mural reflect what are important to Peter, including a large red block “T”, prominent at top right so that everyone knows that he is a proud Tucson High School Badger. Though “painfully shy” at THS, Peter was a scholar and the runner-up for class valedictorian. His success in the classroom enabled him to be admitted to the University of California at Berkeley where he was awarded a bachelor’s degree in physics (1969). He returned to Tucson to earn a master’s degree in optical sciences (1977) from The University of Arizona. When the UA Lunar and Planetary Laboratory hired Peter as a research assistant in 1978, he took his first step on the road that led him to international prominence as a scientist in space exploration. He worked on the Pioneer Venus mission in 1978; was involved with space studies of Jupiter and Titan, Saturn’s largest moon; and began his focus on Mars in 1993 when his camera proposal was accepted by NASA for the Pathfinder mission. Along the way there were successes and setbacks with which to deal. Peter continued to focus on Mars and was awarded the first NASA Scout mission, called Phoenix. As a result, this 1965 THS graduate has been the Principal Investigator since 2003 of the project that launched a spacecraft to Mars on August 4, 2007, from Cape Canaveral. Scientists from across the country and around the world have participated in this project. They share Peter’s hopes and anxieties, knowing full well that there are variables over which there may be no control. Peter’s dedication and courage to stay on course, regardless of the obstacles, can serve as an inspiration to THS students through time. Once an assuming student, he now helps to shape space exploration.