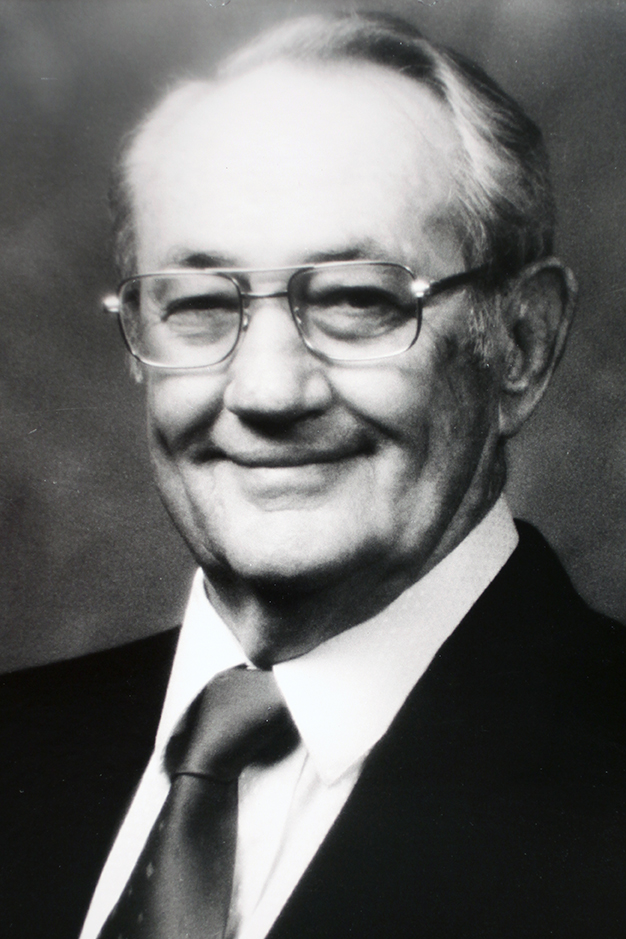 From Buffalo, New York, came to Tucson Arizona with his parents in 1923 at the tender age of five. He saw his first rodeo with his father, Stanley Grimes, at Kramer Field in 1925 when he was 7 years old. He was educated in the Tucson Unified School District and earned his Bachelors and Masters degrees from the University of Arizona, where he was named to Kappa Sigma social fraternity and Kappa Kappa Psi and Phi Mu Alpha honorary music fraternities.
He taught band music in TUSD from 1940 to 1978. During WW II he served in the U.S. Army for 3 years. He was band director at Tucson High School from 1950 through 1958 and Rincon High School from 1958 until his retirement in 1978.
Mr. Grimes is a 32nd Degree Mason and is a Bandmaster of the Sabbar Shrine Concert Band, which won the National Championships in Denver, Boston, Los Angeles and Las Vegas. Grimes has also conducted in many Arizona Music Festivals and was a guest conductor in Summer Music Camps at Northern Arizona University where he is “Band Director Emeritus”, the University of Arizona, and other universities.
His professional memberships include the Arizona Band Orchestra Director’s Association, National Association of Jazz Educator’s, Tucson Musician’s Union and the Leblanc Music Educator’s Advisory Board. He has served as president of the Downtown Lion’s Club; and is a member of the American Legion and the Elk’s Club.
His awards include the University of Arizona Milton Nunamaker Award, the ‘Mac’ Award Honor for maintaining high deals, musical standards, and professional leadership, the AMEA Award for excellence in Teaching. The University of Arizona Alumni Association Distinguishes Citizen Award. He is listed in the international Who’s Who in Music and Musician’s Directory.
He has been a member of The Tucson Rodeo Parade Committee since 1950, serving as a chairman of the music committee, and the entry and line-up committee, was Grand Marshall in 1985. Mr. Grimes and his wife of 44 years, Onnalle, are parents of (twin daughters and a son), eight grandchildren. Onnalle was organist and director of choirs at Broadway Christian Church for 33 years and Paul served as the director of the Sanctuary Choir. Mr. Grimes is the author of “Northern Arizona Summer Music Camp 1950-1980”; “The Pride of Arizona”, A Centennial History of the University of Arizona Band 1885-1985; “Transitions 1981-1990 Summer Music Camp, Northern Arizona University” and “The Tucson Rodeo Parade, Parade Museum and Committee. A history from 1925”.