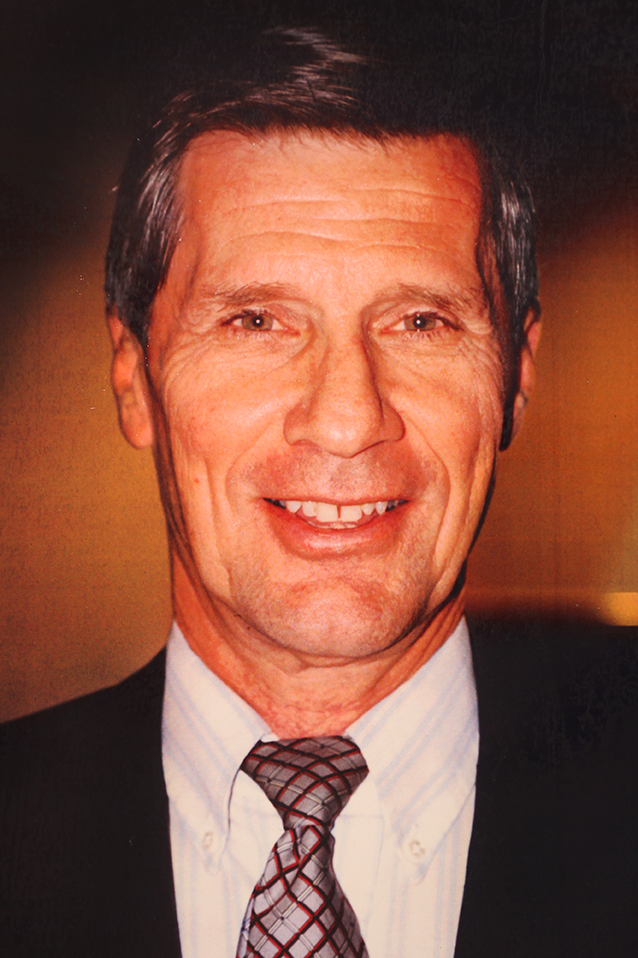 Pat Flood grew up in Tucson and led Tucson High School to back-to-back State football championships in 1951 and 1952. He was the All-State Team quarterback in 1952. He played basketball and baseball for Tucson High, and won many awards as a standout swimmer. He also served as Student Body President and graduated number one in his class. He attended the University of Notre Dame for one year and then ransferred to the U.S. Naval Academy, graduating in 1958. He lettered in football and swimming at the Naval Academy, earned academic All-American honors in football, and played in the 1958 Cotton Bowl. After serving as a naval officer for four years, Pat attended the University of Arizona Law School, graduating in 1965. He then moved to Phoenix and began practicing law with the Phoenix law firm of Jennings, Strouss & Salmon, where he continues to practice and specialize in fidelity and surety work, construction law, fire insurance, and professional liability law. He has been involved in many legal organizations, and also belongs to the Phoenix Thunderbirds and numerous other charitable and civic organizations. Pat has been married for forty-six years to the former Janice Seiler and they have five children and thirteen grandchildren who all live in the Phoenix area. He has been a football official for more than thirty years. He started out officiating at the high school level in the Tucson area in 1962. He gradually worked up through the Junior College and Northern Arizona University officiating ranks to the Western Athletic Conference (1967-1983), and then to the Pacific-10 Conference when he became a referee in 1984. Pat officiated many bowl games, including the 1991 Rose Bowl and the 1995 and 1996 (national championship) Fiesta Bowls. He was also the referee for three U of A- ASU football games (1987, 1992, and 1994).