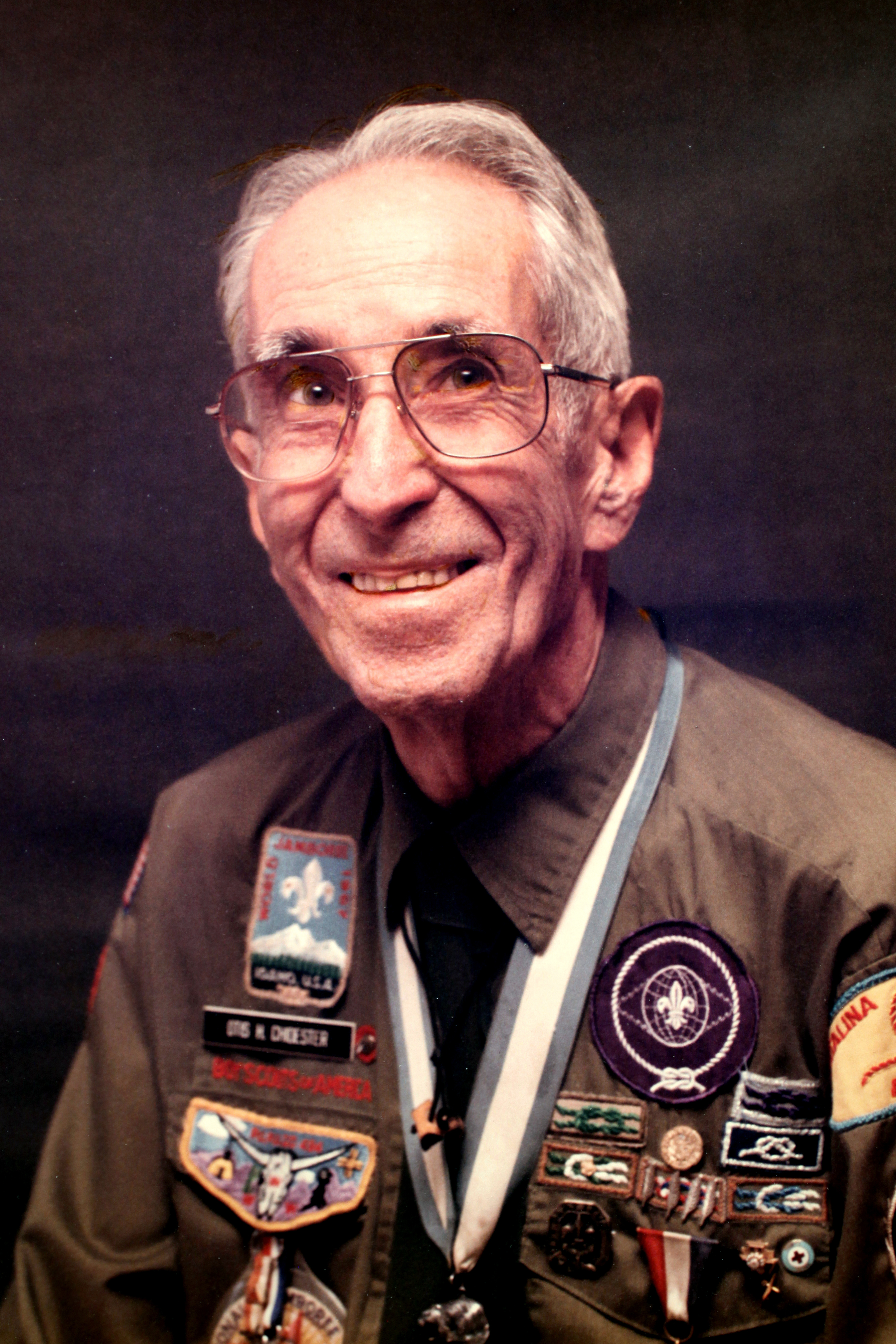 Was born March 22, 1903 in Mineral City, Ohio and joined the Boy Scouts when he was nine years old, in 1929, he attended Buffalo State Teachers College on a NY State Vocational Scholarship, and graduated from there with a National Vocational Teaching certificate in Graphic Arts in 1930, Otis married Martha Saddlemire on June 28, 1930, and arrived in Tucson in 1934, At this time, he began missionary and medical work with the Seri Indians, which he continued for forty-seven years. During this time, he not only raised money and helped their isolated communities survive; he also helped bring them into a more modern as opposed to strictly primitive cultural lifestyle through his journalistic contacts and abilities. On November 4, 1935, Otis became an Eagle Scout; he had earned 63 merit badges and was a counselor for many of them, He received his B.A. degree from the University of Arizona in 1940, and was instrumental in building one of this nation’s outstanding secondary school graphic arts departments at Tucson High School, where he taught as chairman of the department until his retirement in 1968. Otis received his M.A. degree in education from the University of Arizona in 1948, and was the President of the Arizona Archeological and Historical Society from 1952-1954, he served as the International President of the International Graphic Arts Education Association, and from 1961-1962, he was the President of Arizona State Vocational Association. Otis H. Chidester was named Arizona Printer of the Year in 1968 by the International Association of Printing House Craftsmen. In 1992, the Scout Museum of Southern Arizona was named the Otis H. Chidester Scout Museum of Southern Arizona in honor of him being one of the five men in the nation to serve eighty years in the Boy Scouts of America. He completed his eighty years of continuously registered and still active service on September 8, 1992. He was and still is, the cornerstone in the local chapter of The Westerners, producing newsletters and journals of the highest award-winning qualities. He is, without a doubt, a “Man for All Seasons”.