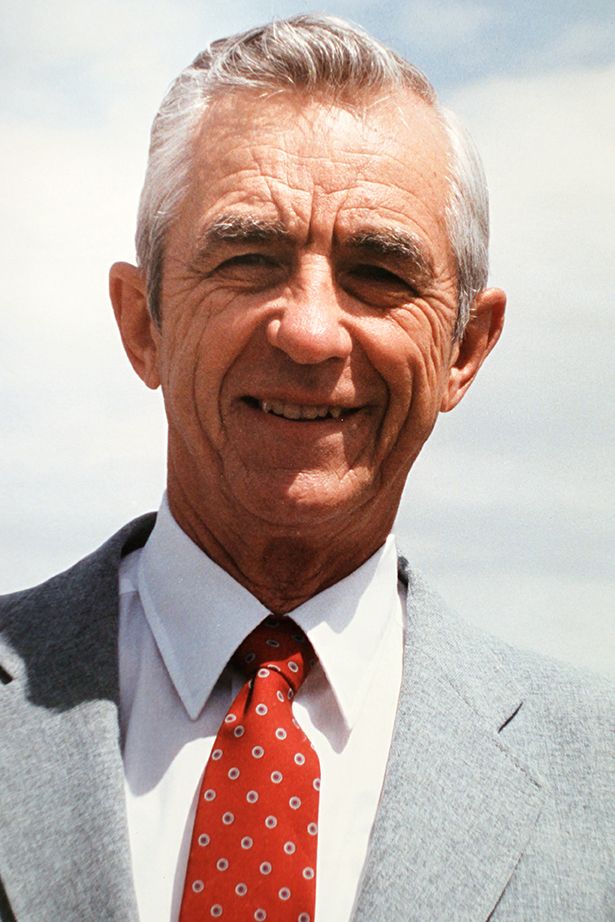 Was born in Cedar Creek, Nebraska on Feb 23 1929. He married Opal Lucille Reehle on May 28 1950. Ollie graduated from Peru State Teacher College in 1950 and received his M.A. degree from the University of Nebraska at Omaha in 1953. Ollie graduated with a degree in P.E. and a minor in Math. Ollie and Opal were blessed with two wonderful sons, Todd now football coach at THS and Scott teacher at Williams High School. They have five grandchildren, Elliot, Hanna, Cole, Natalie and Daniel.
Ollie Mayfield was both a football and track coach at Tucson High. His big Red Machine conquered numerous football teams throughout the State. He coached the finest for athletics as he made his programs first in the region. He motivated his players with his inspirational notes, WE CAN, WE WILL, WE MUST, WE DID. We held parent/player meetings to get everyone involved in the program. Ollie was a powerful coach, stalking up and down the sidelines until the final gun sounded and once again Tucson High rolled over their opponent.
Those that had him as their Math teacher benefitted by his ability to make learning fun, He always had the time for extra assistance.
There were so many awards that Oliver Mayfield received. Besides taking the State Championships in 1970 and 1971, he was Nebraska Coach of the Year in 1953, Arizona Coach of the Year in 1970, Arizona Republic Coach of the year 1970, Arizona Daily Coach of the Decade 1970-1980, Conquistador Coach of the Year 1970, and Sabino H.S. Teacher of the Year. Other achievements include 1971 Conquistador Special Recognition Award, Bellard Howell Master Coach Award, Phoenix Press Box Achievement Award, Masonic Award of Excellence in 1991, and the Distinguished Coach Award. Oliver Mayfield was inducted into the Arizona Coaches Hall of Fame in 1984, the Pima County Sports Hall of Fame and the Scottsdale Chapter of the Nation Hall of Fame. He has even an All-Star Game dedicated to him in his honor.
Currently Ollie Mayfield is still coaching in Nebraska. He was and will always be a Badger Coach, motivator, and mentor. He not only cared about his teams, but knew who each and every one was, as individuals. He made the kids believe in themselves, He was the best!