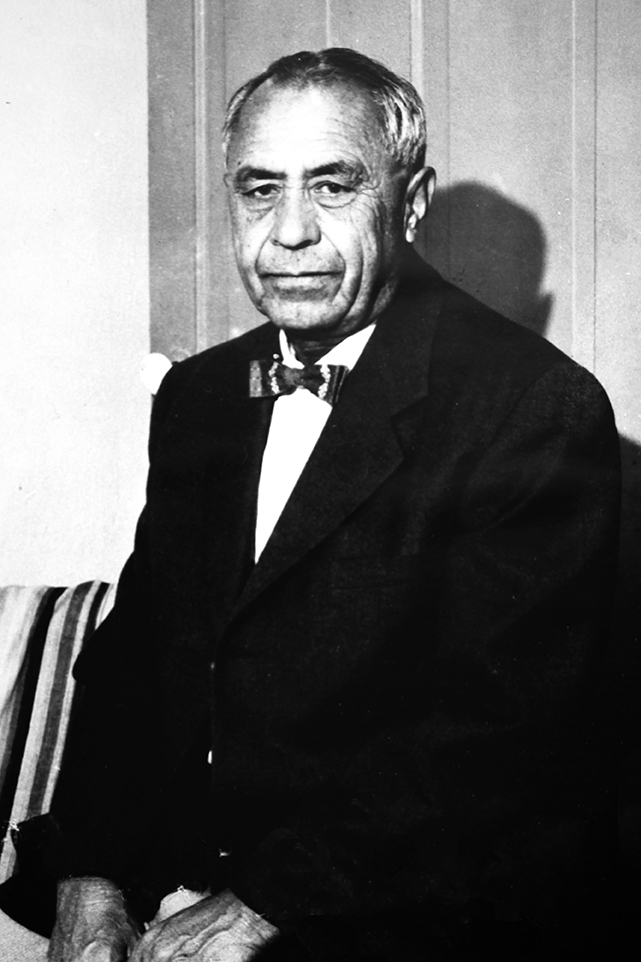 Was born on April 20, 1897 at 125 E. 5th Street in Tucson Arizona. He married Josefa Gil on March 17, 1918. They were married 65 years at the time of her death in November of 1981. Mike and Josefa had five children. Alfred, Ernest, George, Ernestine and Josie. They were blessed with nine grandsons, three granddaughters, and thirteen great grandsons. Mike and Josefa weren’t happy unless their home was full of grandchildren.
Mike started working as a custodian in 1919 at Roskruge School, which was then a high school. When the new Tucson Senior High School was finished in 1924 there were only two custodians. He would have to start work at 4:00 a.m. to turn on the furnaces. Now they have engineers to do this. Mike then became head custodian and by 1961, he had twenty-one men and women under him. He never complained about hard work or long hours. He loved his job, the school staff and workers. Mike also used to chaperone and travel with the school teams and the band. He was very proud of the fact that he never lost an instrument for the band.
Mike never took a day of sick, leave until 1947 when he was chaperoning a school dance, some boys from out of town were trying to crash the dance and he asked them to leave. The boys attacked him and he landed in the hospital.
He was active in the St. Vincent de Paul Society through his church. He was always trying to help those who were less fortunate. Mike Riesgo retired after 47 years of service to his beloved Badgers. He died in January 29, 1983 at the age of eighty-five.