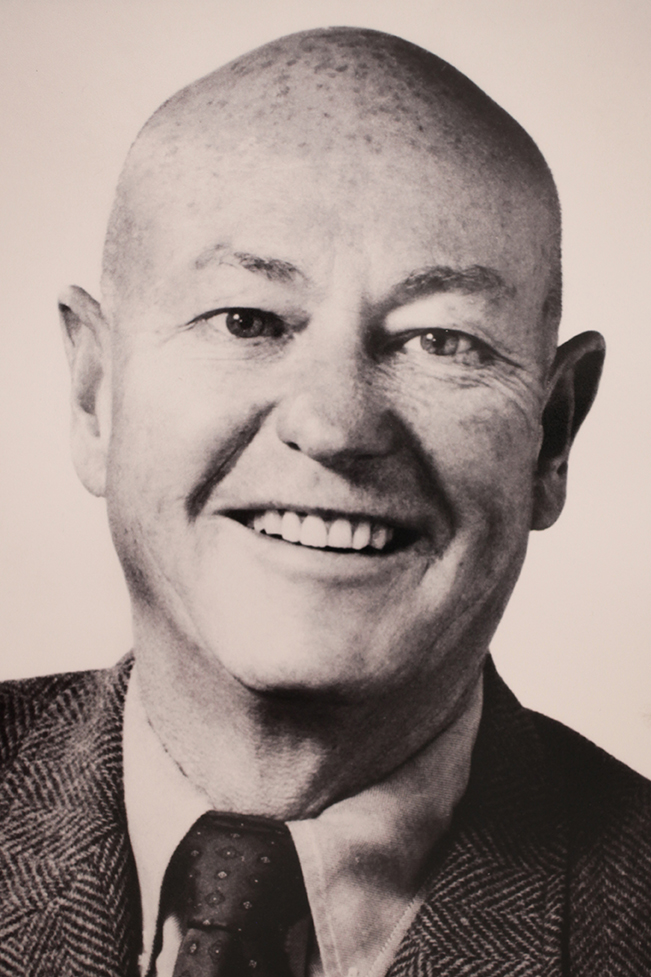 Mike was born in New York City in 1924. When he was six weeks old he contracted polio, which affected his right eye, arm, and leg. At the age of 4, his family moved out west where he became actively involved in swimming and golf. At Tucson High, he was the Track Manager and Assistant Football Manager. He also participated in Hi-Y, Cactus Chronicle, 30 Club and was a De Molay. After graduation, during World War II, Mike worked for Lockheed Aircraft in Burbank, California building P-V2 bombers. During the period of 1945-1949, he enrolled at the University of Arizona and was the Freshman Class Treasurer, Senior Football Manager, Business Manager of the 1948 Desert yearbook, Advertising Manager for the Alumni magazine and worked in the Graduate Manager’s Office (in Publications). He also did promotions for the Paramount-Nace Theatres and sold vacuum cleaners. Mike spent 40 years in the office and contract furnishings profession, writing specifications, doing space planning, and color coordinating and doing sales. He retired in 1999. He has lived in Hartford CT and was Publicity and Public Relations Director for the Greater Hartford Open Golf Tournament. From 1966-75, while living in Phoenix, he was on the Board of the Northwest Y.M.C.A. and the Valley of the Sun Y.M.C.A. Camp Committee. He also spent eight years as the Special Finance Chairman of the Thunderbird and Coconino District of the Boy Scouts of America. He has a long and varied history of volunteerism including sitting on various Boards, including the Shrine Club, the United Way, American Cancer Society and the Kiwanis. He organized 14 new Kiwanis Clubs, most of which are still viable. Mike was instrumental in starting the Tucson High Alumni T-Club which annually awards several $1500 scholarships to student athletes and which honors former THS athletes and coaches for their outstanding performance in their sports. He has served as the T-Club’s president and chairman of its annual golf tournament. He is still an active as aboard member of the T-Club, does volunteer work for the Saguaro Christian Church, serves as an Ambassador for the Pima Council on Aging, and is active in the Rincon Kiwanis Club. He and his wife, Suzanne, have been married for 40 years and they raised Mike’s three children (two sons and a daughter ) from a previous marriage. Suzanne says, “There’s never a dull moment.”