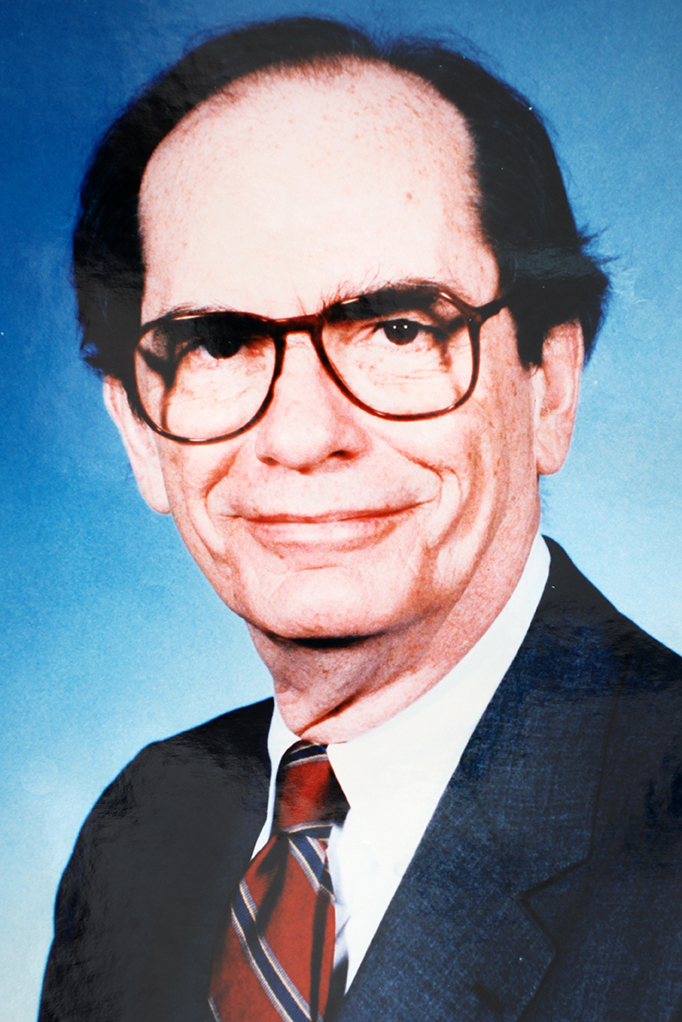 In his years of distinguished public service, Mike indeed wandered a long way from Tucson, but the Pistors go back a long way in Tucson: his grandparents were married here in 1886 and his father graduated from Tucson High in 1916. Mike was a graduation speaker in 1948 in a class of 700, and his sister and three brothers also attended here. His father founded and chaired the Department of Animal Husbandry at the U of A and was president of the school board in the ’50’s and ’60’s. Mike still owns the house he grew up in.

Mike was active in dramatics and writing at both Tucson High and the U. Working on the Chronnie put a focus on his high school life and helped shape the ensuing years. After two years with an ROTC, commission in the Army and then finishing degree requirements at the U, Mike headed for New York to try his hand at magazine work and rose to editor of Car Life. He joined the Foreign Service in 1959 and after two assignments in Africa, became youth officer at the U.S. Embassy in London, where he worked with British and U S officials and international student leaders. He began work in DC 1969 with the Office of North African, Near East and South Asian Affairs (NEA), rising to the position of director, and then returned to London in 1973 as Counselor for Public Affairs. In 1977, with the reorganization of the United States Information Agency (USIA), he became Director of Public and Congressional Liaison and from 1980-84 ran its largest program as Minister-Counselor at the embassy in New Delhi. The year 1984-85 was spent as Edward R. Murrow Fellow at the Fletcher School of Law and Diplomacy, Tufts University, where his seminar subjects included conduct of public diplomacy, South Asian politics and militant Islam.

More service with USIA and a second term as director of NEA followed. From 1988-91 he was Counselor, USIA’s highest senior career position, leaving this on appointment by President Clinton as U.S. Ambassador to the Republic of Malawi. During his three years there he monitored a dramatic transition from a ruthless 30-year long dictatorship to a democratically elected government. Somewhere along the line, he found time to write Pistor Protocols, a model for U.S. African diplomacy.

His last year before “retirement from government service” in 1955 was as Senior Advisor to the USIA. However he accepted assignment with the Department of State as Senior Inspector in the Office of Inspector General, where so far he has examined policy, management, and personnel issues at embassies in Germany and France and at the U.S. Mission to the Organization for Economic Cooperation and Development, and in 1999 his team will visit the Foreign Service Institute.

Mike and his wife Shirley have a daughter Julie and a son Bill. Mike may not be here for the Hall of Fame and his class reunion, but his letter to us praises on the high school experience, and especially Tucson High, for opportunities to excel, to form lasting friendships and to expand horizons. “During my almost 40 years in the foreign service, . . . when I really want people to understand what American ideals are, where the principles come from that shape our actions as a nation, I turn to Tucson and Tucson High. It provided an example of where and how our citizens are forged.”