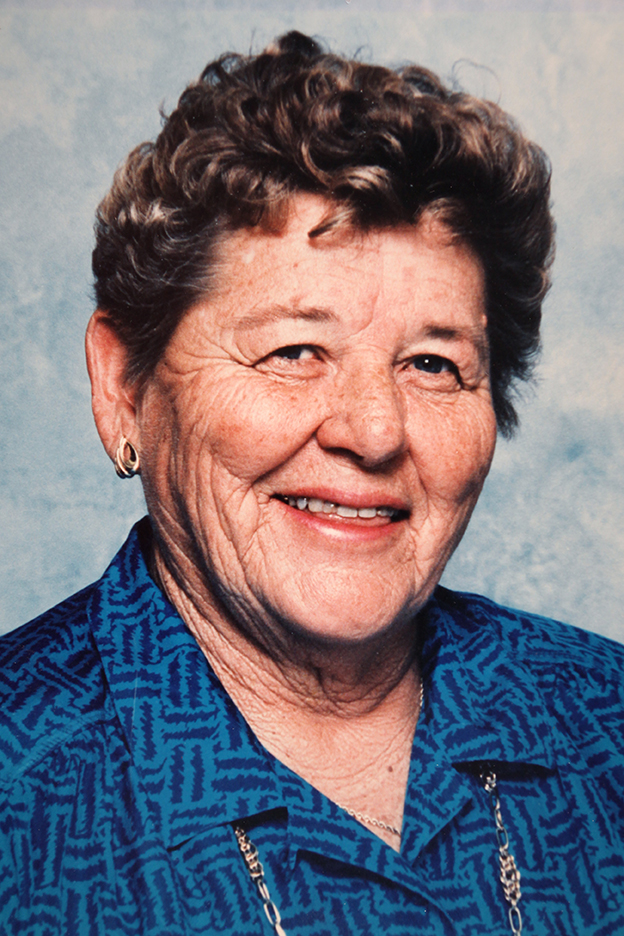 Is unquestionably one of the most talented female athletes to graduate from Tucson High is Mary Louise Hines, class of 1947. While in high school, she was a member of the Girls Athletic Association (1944-1947 also as a president), President of the girls T-Club, a varsity Tennis player and State Doubles Champion in 1946.
Mary went on to the University of Arizona where she was a member of the All-Women Athletic Association, the Racquet Club and the Varsity Tennis Team. She held numerous offices in the Association took individual awards in swimming and was the U of A 1952 Sportswoman of the year. It has been noted that Mary would have probably set a zillion (at least a dozen) University records in swimming if she had concentrated on it as a competitive sport. She did manage to be president of the UA mermaids and did win two individual swimming awards in addition to all her other University honors…and she managed to find time to plat one the women’s softball team too.
Mary received her bachelor’s degree in the summer of ‘52 (she completed her master’s in 1958), and then took off on her sensational career as a high school coach. She taught at Wakefield Junior High and at Tucson High before joining the faculty at Catalina High School, eventually becoming chairman of the physical education department there. During her 28 year teaching career, she was a primary force in establishing interscholastic volleyball competition, for high school girls, in the state of Arizona, and as a nationally recognized sport. She literally helped write the book for the National Federation, of which she was a board member in the early 70s, and she conducted numerous workshops and clinics throughout the State and Region.
As a coach she compiled a 93 percent record, with 252 wins and 37 losses with teams that won two State Championships, four state runner awards, six Division Championships, and nine League Championships. She herself has been widely acclaimed as a coach. She was named All-Star City Coach four times. (For volleyball), State Volleyball Coaches Association All-Star Coach three times, Catalina High School’s school and Community Award recipient , Tucson Women’s Sport Association Volleyball Coach award in 1978, Tucson Conquistadors Association Volleyball Coach award in 1984, and the Tucson Press Box Association Volleyball coach of the Week in 1980. The TOP Honor being named National High School Coach of the Year.
During all that time, she continued to play softball, and in 1979, was inducted into the Arizona Softball Hall of Fame. A few years ago, she was honored as one of the first women named to the University of Arizona Sports Hall of Fame.
Now retired from teaching, Mary continues with her athletic prowess, now as a golfer. She enters, and frequently wins, tournaments throughout the country; though she claims she only plays for the fun of it! She maintains her “home-base” in Tucson.