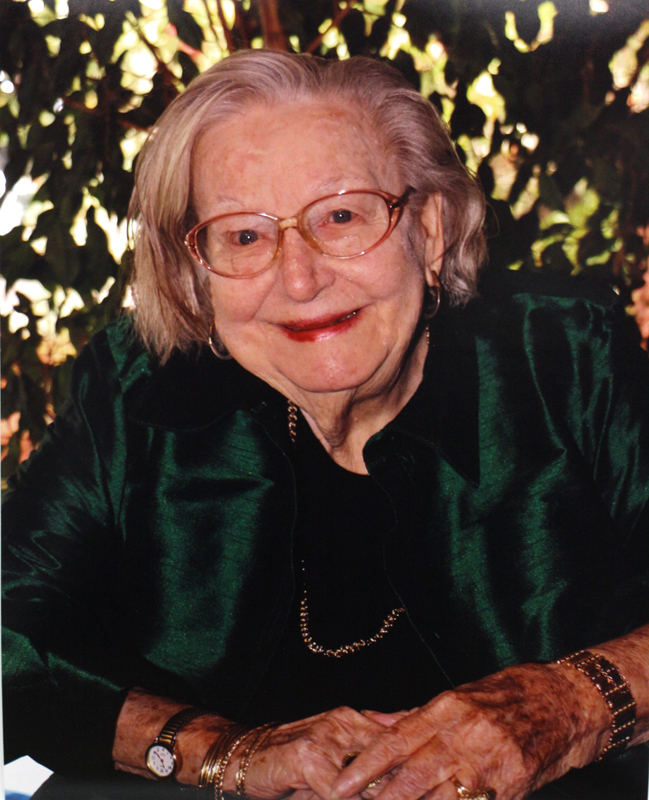 While attending Tucson High School, Maryhill Gleason worked on the school newspaper and was a member of the National Honor Society. She went on to attend the University of Arizona and was hired as a reporter for the Tucson Daily Citizen followed by a position in San Francisco as West Coast Promotion Manager for Macmillan Publishing Company.

When WWll started she was in charge of communications at Bechtel’s Marin Shipyard in Sausalito, California and Bechtel subsequently sent her to Whitehorse in the Yukon Territory where a pipeline was being built to transport Canadian oil for America’s lend- lease planes to Russia. Afterwards she went back to San Francisco as aide to Bechtel’s chief engineer. Towards the end of WWll she joinedthe American Red Cross and was sent to the Panama Canal Zone to establish an enlisted men’s club to help stem suicides there (the Army’s highest suicide rate).

After the war she began work at the California Industrial Guide where she was promoted to Vice-President and opened a new office in San Francisco. A significant job followed at Lockheed Missile and Space where she was the first woman sent to the Navy shipyards to proof the buildup procedures for the Polaris, Poseidon, and Trident nuclear missiles for submarines. She progressed to support three different Admirals of the Strategic Systems Program Office in Washington, D.C. and wrote their Congressional presentations and analysis, traveling frequently from her home in Sunnyvale. She received many commendations and awards from Lockheed and the Navy Admirals.

She held local and national offices in the National League of American Pen Women, National Management Association, and Women’s Oversees Service League and she has been recognized by the American Red Cross Overseas Association for her work during WWll. She is a charter member of Women in Military Service for America and Women’s National History Museums.
She contributes her extraordinary career to her Tucson High School teachers: Alice Vail (Cactus Chronical), Alice Butts (Latin), J.E. Kyle (Math, and W.G. Crutchfield (Physics).