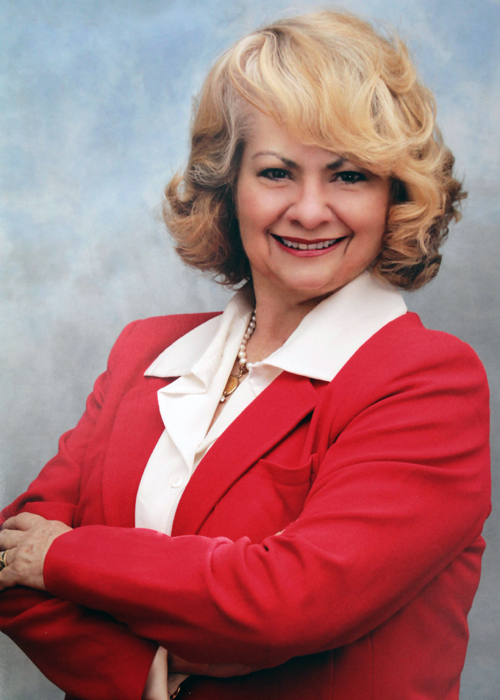 Maria Lilia Gallego Felix, Class of 1968, participated in Girl’s League, GAA, Junior Council, Junior Guard, Junior Cabinet, Homeroom Representative, and was a Songleader. She was a semi-finalist for Homecoming Queen, and was a Rodeo Princess.

Her sons are her pride and joy: Art Aguilar, is a Prosecutor in Federal Court; Adam Aguilar, an excellent cook and manager of numerous Tucson restaurants is in college; Abram Aguilar, M.D. MSPH, is a physician for Carondelet Hospitals.

Maria practiced criminal and domestic relations law. Since Spanish is her first language, she effectively represented the Spanish-speaking community. In 2004, she closed her practice and became the first, and only, Mexican-American woman to be elected as Judge of Pima County Consolidated Justice Court.

From 2008 to 2011, she was Presiding Judge, and is currently the Chief Administrative Judge. In 2011, Judge Felix introduced Veteran’s Treatment Court for people who served in the military. In 2011, Judge Felix was asked to create a specialty court for serious animal abuse cases. Nationally, no other court existed and in 2012, the Animal Welfare Court became a reality, Judge Felix is now sought internationally as a trailblazer in the area to provide the sole model for such a court.

State-wide, Judge Felix serves on three committees as appointed by the Chief Justice of Arizona. She is the only Justice Court Judge in Pima County who has served on so many state-wide committees.

Judge Felix is married to another Badger, Gilbert Felix, Class of 1968. They were each other’s first loves and are both so very fortunate to re-unite, marry, and 10 years later, still so much in love with each other.