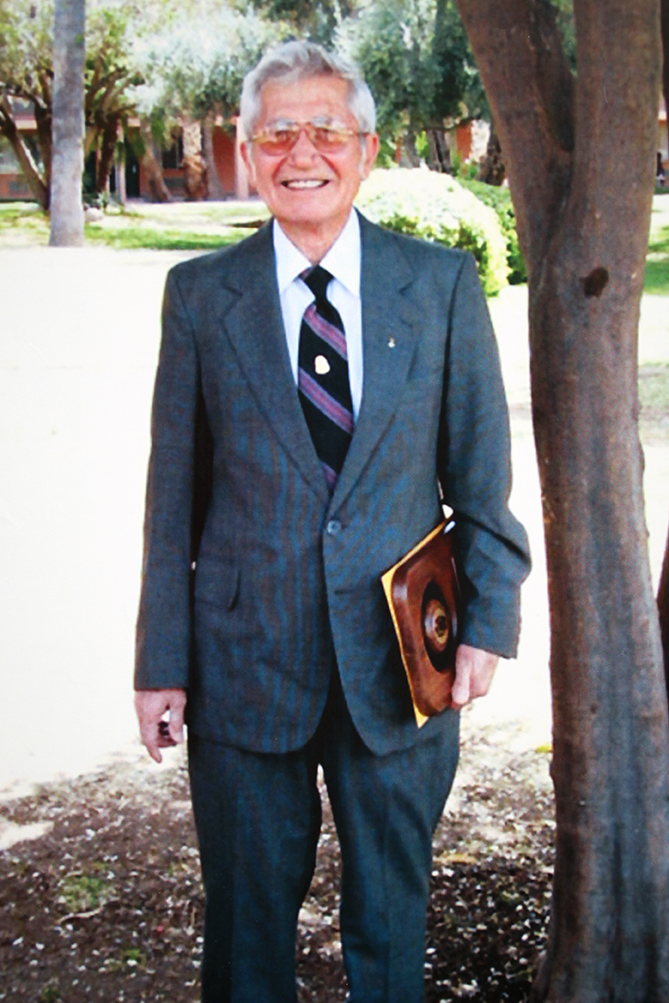 Manuel (Manny) Herrera is a 1944 THS graduate, WWII Navy Veteran, and a restired postal employee, serving 36 years as a clerk and retiring as a postmaster at two different offices in Southern Arizona. Since retirement, Manny his wife, Josie Huerta (class of ’44), and his children have worked to improve their community by volunteering in many aspects of life surrounding their neighborhood. He was an activist in the 1985 struggle dealing with water contamination issues that impacted our Southside; he helped to establish the Southside Neighborhood Association in 1988; he was elected president in 1990, serving 11 years in that capacity. He continues to serve as elected treasurer for this organization. The Herreras have been involved with the younger generation of their community. Manny has served on the board of the area’s Community Justice Board, addressing first time juvenile offenders. This organization is sponsored by the Pima County Attorney. Because of his many hours dedicated in the improvement of our community, he has received many community service awards. Some of these are: Human Relations Comm. 1994; LULAC 1997; Volunteer Center 1998; CNS Good Neighbor Award 1995; Sunnyside High School, Noche de las Estrellas Award 2000; Arizona National Guard Award 2000; Pima County Public Safety Association (Citizen of the year honoree 2002) Manny says that he has had a wonderful life and it is now time to “pay back” to Tucson for his good fortune.