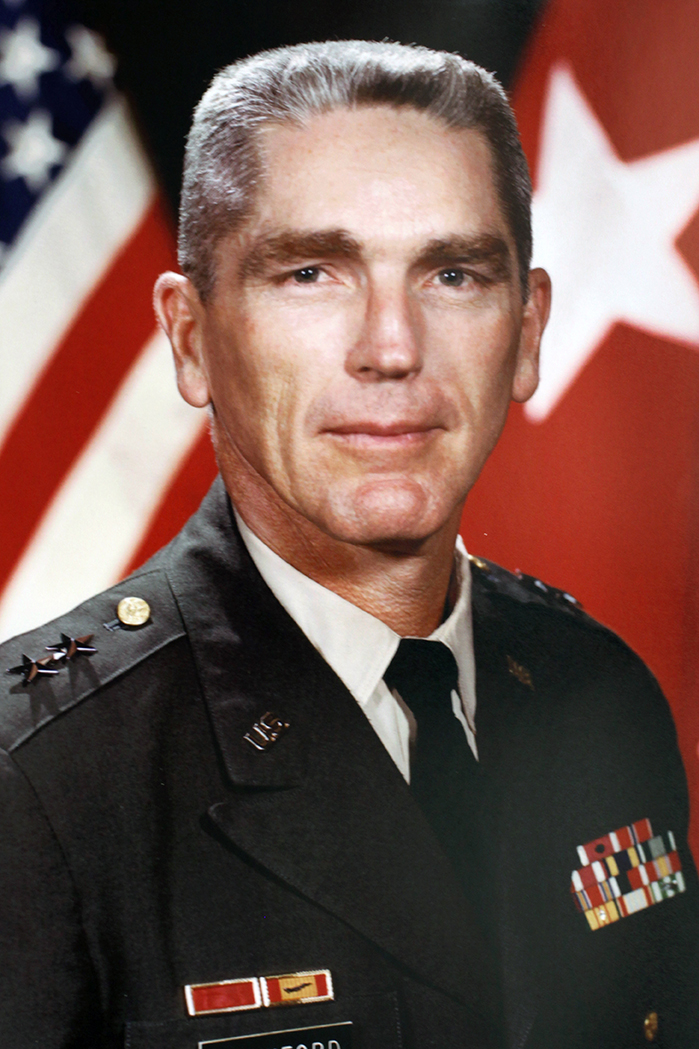 As a native Tucsonan, Al attended Tucson High School from 1942-1945. He was active in many extracurricular activities including student government, Quarterly, Tucsonan, Chronicle (sports editor), drama, football, and was chosen for Junior Guard and National Honor Society. He was appointed to West Point, graduating in 1950 with a Bachelor’s degree. Then he proceeded to The Leland Stanford University where he achieved a double Master’s degree in electrical and industrial engineering. Al and his new wife Bettie Houston, a THS alumna, and their five children began a lifetime of travels starting in Europe and including Virginia, Viet Nam, Washington DC, New Jersey, Fort Huachuca and finally Fort Monmouth, where he was made one of the youngest Major Generals in the history of the U.S. Army. Al is well decorated for his 28 years of service. He entered civilian life with a bang, becoming Chief Information Officer of Digital Equipment Corporation, then a decade at American Express ending as Vice President for Strategic Business Systems, and lastly on the Senior Executive Council for Newridge Networks in Ottawa. After the Crawfords came back home to Arizona, Al was quickly appointed chairman of the Governor’s Commission on the Study of Telecommunications and Information Industries in the state, and to the North American Information Systems Executive Council, The Conference Board, Board of Trustees for Arizona Science Center and a member of the International Engineering Consortium. He has been involved in environment issues on a state level, has served as a volunteer police officer for Paradise Valley and has been the source of enthusiasm and coordination for THS’s summertime Reunion of the Rim in Lakeside the past several years. Al enjoys his five children and their offspring, playing tennis, fishing, keeping physically fit, gardening and being with his wife of 60 plus years, Bettie. Al has spent his life in service to others. Would that more people did so.