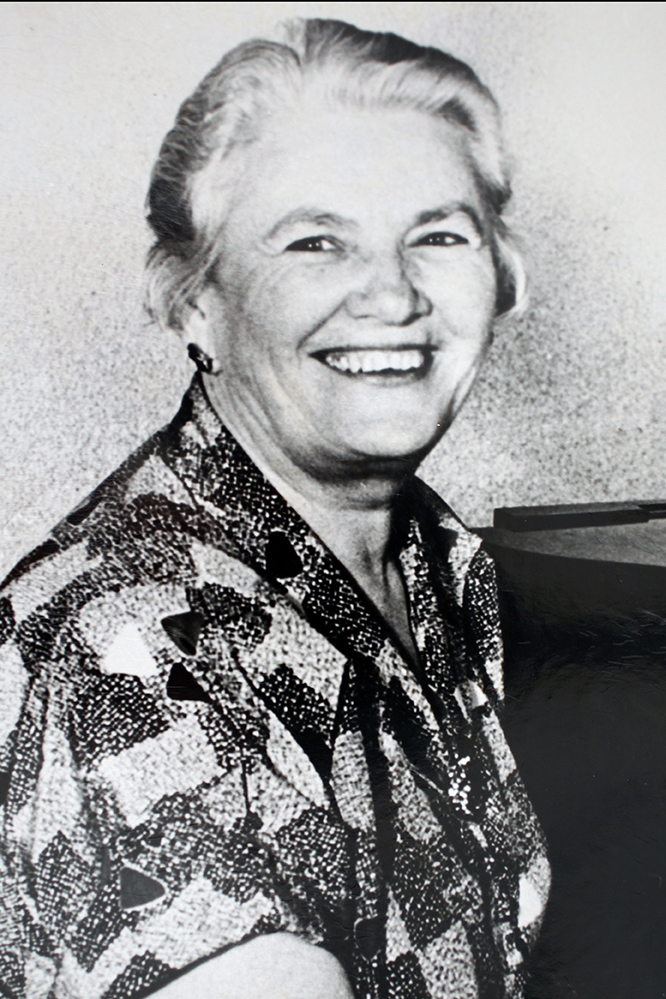 Was born in Carthage, Missouri, on March 11, 1892. She received her music training at Oberlin, Ohio, Conservatory of Music, Kansas State Normal and Kansas State Teacher’s College. In 1921, after teaching in the Kansas Schools for three years, Madge Utterback came to Tucson High School. She worked diligently along with Professor W.A. Sewell, bringing musical skills and talent of instrumental and vocal music departments together to provide the community with amateur performances of excellent quality.

Over the years, Miss Utterback expanded her efforts from a total choir approach to the development of performing trios, quartets, double quartets, mixed quartets, as well as producing outstanding solo voices. An attest to the quality of musical talent developed at Tucson High School between 1921 and 1930 is the fact that the Southern Arizona Music Contests and the Arizona State Music Contests were abandoned because in both the instrumental and vocal fields Tucson High was so consistently the winner that other schools did not choose to participate.

During the 1924-25 school year, Miss Utterback wrote Tucson High School’s ALL HAIL, a new school song, which she dedicated to the class of 1925 “In memory of their splendid sportsmanship and inspiring loyalty through victory and defeat.” This school song known to the community as “Cheer Til The Sound”, was well known to all Tucsonians and was the ‘official’ school and fight song until 1934 when W.A. Sewell’s Westward Ho March (All Hail to the Badgers) was adopted by the Student Body.

Madge Utterback continued her professional growth during the summer months by attending Broadway Shows and outstanding musical events. Her students performed regular USO type service at Air and other service bases in Southern Arizona. Her students sold war bonds and brought entertainment of professional quality to veterans and active personnel as well. Her whole life was devoted to the boys and girls at Tucson High School. She was an inspiration to all students she touched “Her kids” always hailed her as Teacher, and they will always remember her as Teacher. It was this happiness, this love of life, which made Teacher so well loved and so fondly remembered. For 33 years, she gave more love and friendship to THS. Everyone who knew her, loved her.