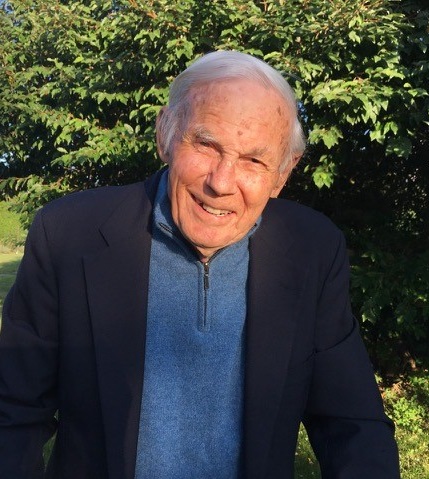 Outstanding Athlete and Scholar, Leader in Government and Business

Larry McQuade grew up in Tucson, Arizona and attended Tucson schools. At Tucson High School, he was an outstanding end on the State Championship Tucson Badger Football Squad.

His college years were spent at Yale, where he graduated (Phi Beta Kappa). At Oxford University, he attended as a Rhodes Scholar, then he went to Harvard Law School. A lawyer by training, he worked at the top of both the business and government sectors, and often at the intersection of the two. International affairs and commerce were two of his special areas of expertise.

Perhaps more important to all who knew Larry, it was the thoughtful and helpful way in which he interacted with people. This is exemplified in a comment by Nusrat Coudhury about serving on a fellowships board with Larry: “I learned about leadership and judgment from Larry during these board meetings. Larry listened, asked smart questions, was confident enough in his abilities and skill to admit when he did not know an answer, and consistently demonstrated respect for his colleagues. The entire board relied on Larry for guidance and gave his opinions considerable weight.”