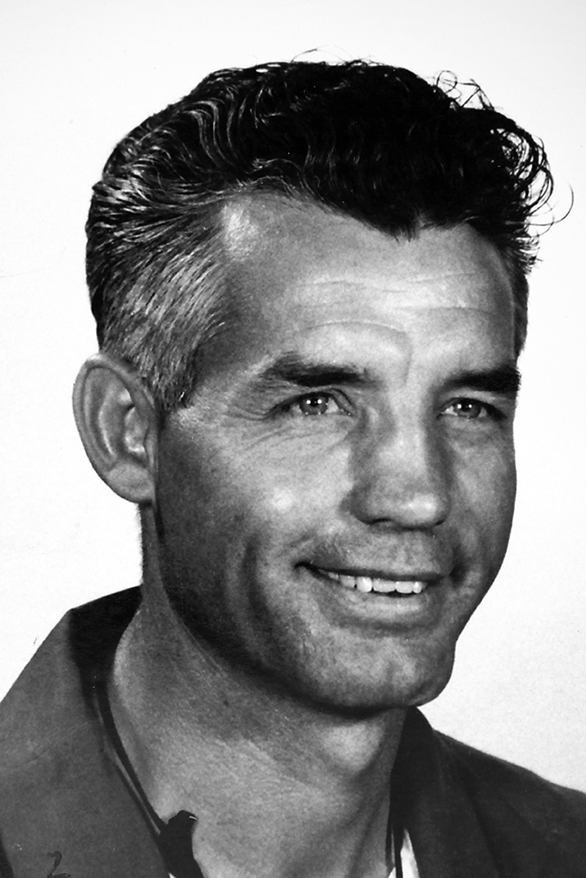 From one room school house to attaining enough college credits to go two years beyond a Ph.D. – excellent athlete – played football, basketball and boxed – outstanding career in education for over 40 years – included doing research, teaching, and coaching in Melbourne, Australia – introduced wrestling in Arizona – served in the U.S. Navy form 1942-1945 – In 1946 started wrestling program at THS – was also varsity backfield coach for the football team – helped guide team to a state Championship in 1951 – left THS to be head football coach at Catalina – after retirement served as the Commissioner for Wrestling in Southern Arizona – received several honors for accomplishments, including induction into the Arizona Wrestling Association Hall of Fame – was a 1995 recipient of the Lifetime Service Award for Coaching from the National Wrestling Hall of Fame and Museum – 1996 he was honored by the Arizona Inter scholastic Association – continued his Naval career in the Reserve until 1971 – retired as Lt. Commander