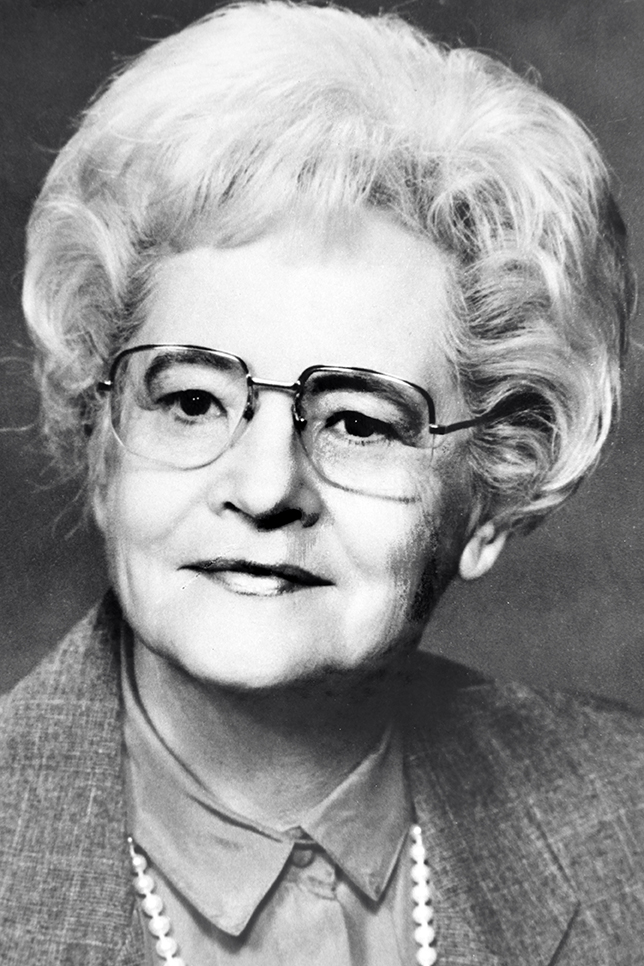 Born in Phoenix, July 30, 1924, moved to Tucson in 1934 where she was generally known as “Katie”. Active in school affairs particularly at THS on the Chronicle, Tucsonian and Drama teams, graduating with the class of ’42. Katie then attended the University of Arizona and Penn State University where she gained her B.S. in Nutrition in 1946. Her first job was as a dietician at Tucson Medical Center.
In 1948 she married Bruce Dusenberry, THS Badger of class ’41. Bruce gained a family of four children and a business partner. Their operations included City Van & Storage and Horizon Moving Systems. Katie served in many community activities as president of the Tucson Women’s Club, membership in PTA and this heightened her interest in Education. In 1965 she ran for the School Board of Tucson Unified School District where she served for 11 years, serving in innumerable committees, not least of which was as secretary of the feasibility study for the formation of Pima College. After her service on the School Board ended she ran for elected office on the Pima County Board of Supervisors. This vastly broadened her interests in the area of health, transportation, wastewater management, jails, airports and other facets of local government. As a member of the Board of Supervisors she was active in the State Supervisors Association and the National Association of Counties. She was president of their affiliate on the Aging program and received a Presidential appointment to the Federal Council on Aging, an advisory to the President and Congress. She served as the Tucson Community Council Board, was United Way Campaign Chairman and served in the Committee that combined the Red Cross and the United Way drive. We have only touched on her many roles of service ranging from the study of the Rillito-Pantano Corridor, the Tucson Airport Authority, to instigating the combining of the Pima County and Tucson sewer systems. This lady has served her community long and well. Katie says one of her pleasures now is enjoying her grandchildren.