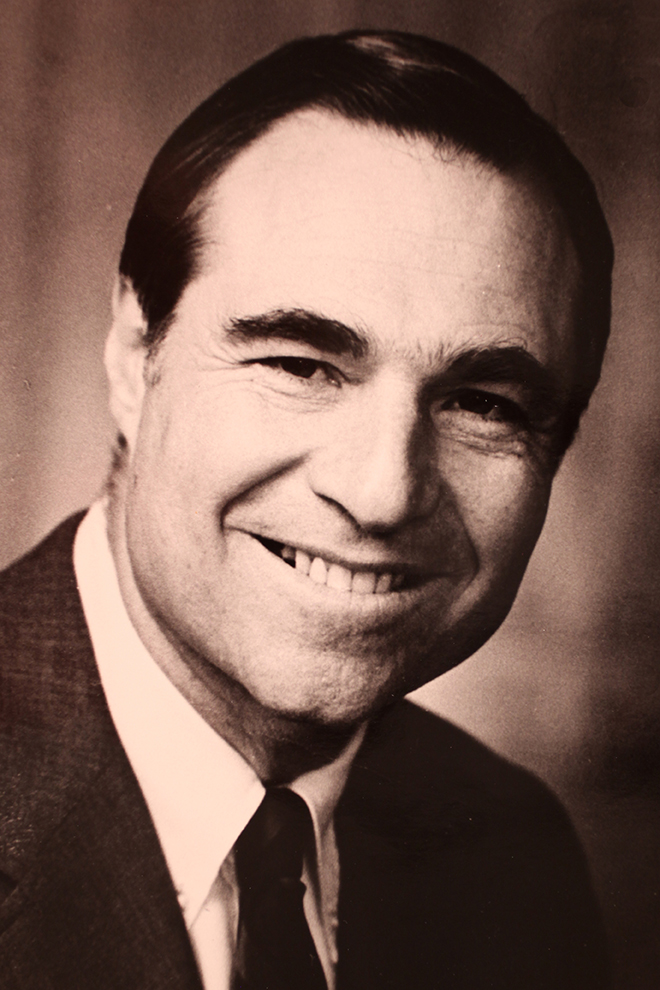 Karl was a busy person while still in Tucson High. When he graduated in 1946 he had been active in student affairs, athletics and publications. He continued his successful student role at the University of Arizona and has risen to a lofty position in the world of business and finance. Karl currently serves as Chairman of the Board for Circle K Corporation, Swenson’s Ice Cream Company and Red River Resources. He has held the same position for Eller Outdoor, Combined Communications and Columbia Pictures Communications. His energy has been devoted to serving his community, too. Karl has headed Arizona Tomorrow, Phoenix United Fund drives, State Cancer Crusade and is National Trustee for Boys Clubs of America. In 1983 Karl granted the founding money for the Center for Study of Private Market Economy at the College of Business and Public Administration at the U of A. Hopefully this program will produce more excellent American businessmen like Karl Eller.