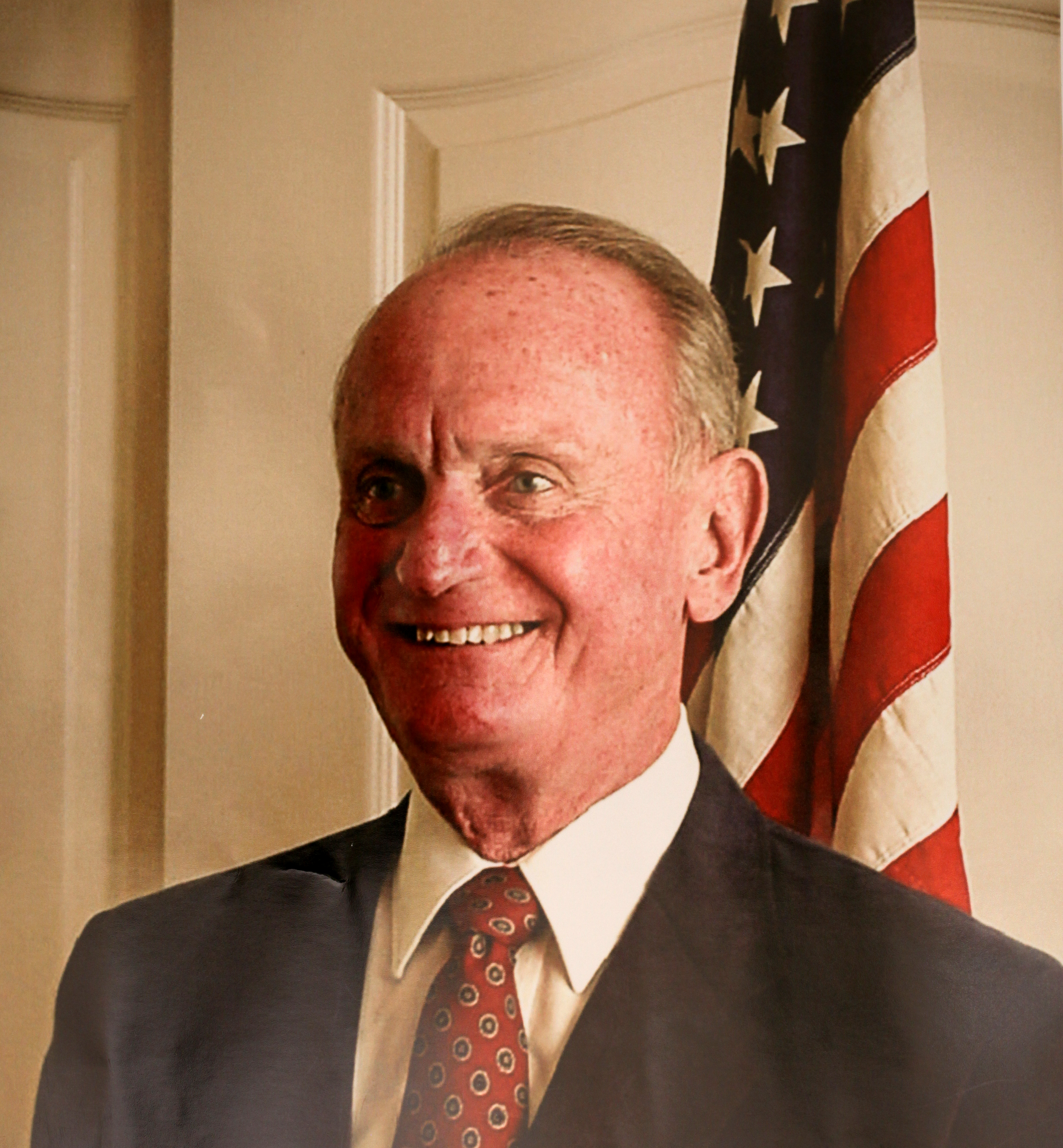 Jon was a very active and dynamic person throughout his high school years. He enthusiastically represented his class and the entire high school as a member of the National Honor Society, representative to Boys’ State, head cheerleader, and organizer of the pep squad for both football and basketball games. The entire school recognized Jon as a leader by electing him as Vice-President of the student body. He was selected as one of five student speakers. The title of his speech, THIS IS AMERICA (where there is freedom to participate in a democratic government), echoed his commitment to his country which he served so well.

Jon’s spirit, concern for others, and sense of duty kept him active all his life. He started his thirty-three year military career by enlisting in the United States Marine Corps soon after graduating from Troy State University with a BS in Political Science and Economics. He was soon commissioned as a naval aviator and served both Korea and Vietnam. He was awarded the Silver Star Medal and rapidly attained the rank of Colonel.

As a Colonel, he was Chief of Contingency Plans, U.S. Army Europe, Project Manager HXM (Osprey Prototype) with the Navy and an Air Way University Distinguished graduate. He flew rescue missions with the Coast Guard. He served four branches of the Armed Services.

Jon retired in 1985 to make Tucson his permanent home and began volunteering in his community. He worked with the Juvenile Diabetes Foundation, the Pima Council on Aging, American Red Cross and Humane Society of Southern Arizona. He also served as chairman of the Heritage Hills Fire District. Jon has been an esteemed role model for Tucson High School, his fellow military associates, and the people of his community. He gathers a group of 1951 Badgers each week for lunch and discussion of local, national, and international news. He is a friend who can be depended upon to step in to help at any time.

In summary, Jon Robson has spent a lifetime guarding the freedoms of citizens of the United States.