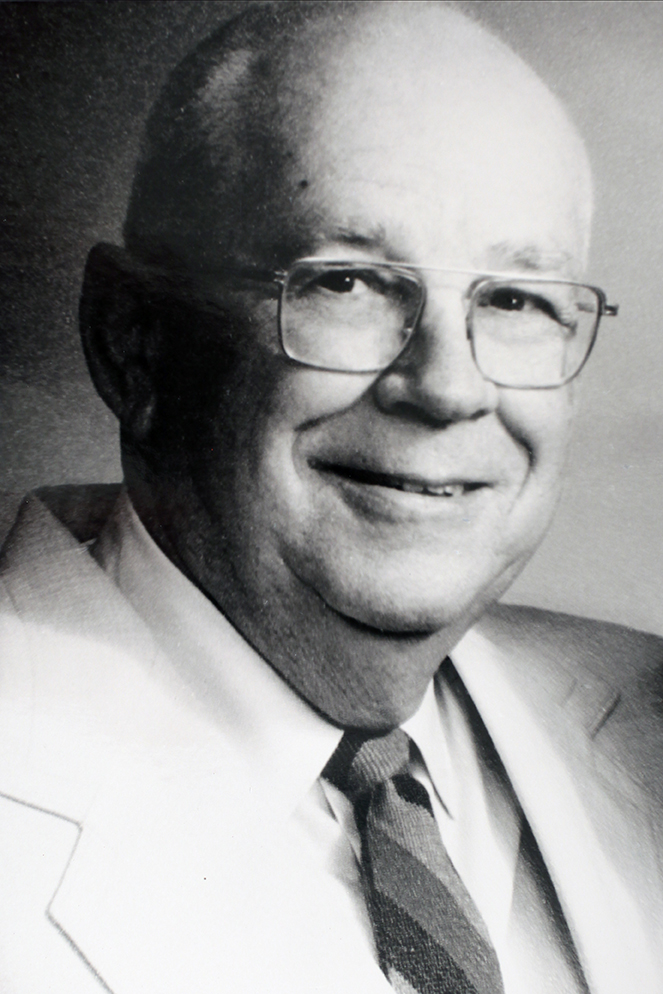 John moved to Tucson with his parents and sisters from Anna, Illinois in 1925. He graduated from Tucson High School in 1931, held a bachelor’s degree (1938) and a master’s degree (1948) from the University of Arizona. John married Frances Cassady, a 1934 graduate of Tucson High, in August 1936. They had two sons (John Jr. and Tom). He was a long time (36 years) major force on the education scene with Tucson Unified School District. He began his teaching career in 1940 at Wakefield Junior High School and then moved to Tucson High where he taught health and physical education for seven years. He served one year as president of the Tucson Education Association. In 1950 he was promoted to the new position of Director of Health, Physical Education and Recreation for TUSD, where he served admirably for 26 years, retiring in 1976.

In his time at Tucson High he initiated a program to prepare young men who were facing induction into the armed forces to become physically and psychologically prepared for boot camp. The members of these classes came to be known as “Barringer’s Commandos.” During his tenure at THS he was also director of an extremely popular and successful school swing band. His musical talents were not confined to THS – he also played trumpet, and had his own “big band” that played at Tucson’s then hot spot, the Blue Moon Ballroom on Miracle Mile.

John was also a force in Tucson aquatics. He coached a Pima Parks and Recreation swimming team that broke the dominance of Phoenix in Arizona swimming competition. He also spent countless volunteer hours as an Aquatic Instructor with the Red Cross and YMCA.
John was a life member of the National Education Association and the Tucson Federation of Musicians, a charter member of the National Foundation for Health, Physical Education and Recreation, and the American Association of HPER Aquatic Council, a member of the Arizona Association for HPER (where he served as president in 1957), the American College of Sports Medicine, and a former member of the Sunshine Kiwanis Club.

In 1993 John was honored by Pima County with his induction into the Pima County Sports Hall of Fame. He was a founding member of Tucson High’s Badger Foundation, served a number of years as its Executive Director, and in 2004 was honored by the Foundation with the placement of a bronze bust of his likeness at the entrance to THS.

John was a coach and mentor to countless young people that he came in contact with. He has left a legacy of caring service to his community that can never be duplicated.