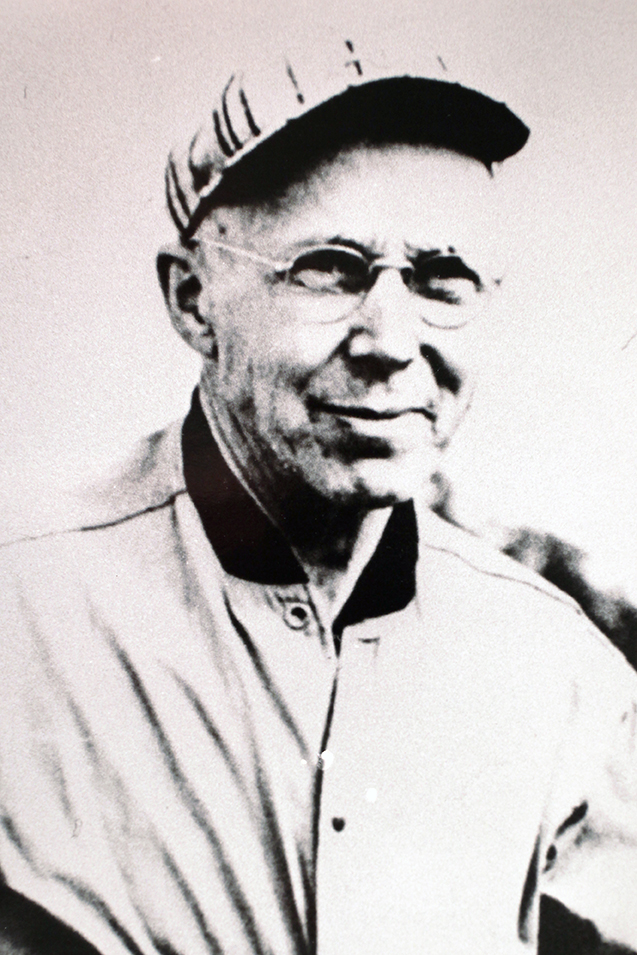 His name is synonymous with sports in Arizona. It was through his early-day efforts that Tucson High became known as Home of Champions. First he directed the Badger baseball team to state championship in 1912 and the next year it was football. He moved from THS to the University of Arizona in 1914 as Director of Athletics, a position he held for 47 years. In addition he coached U of A football, baseball and track for many of those years. Pop’s national and state awards included president of the American Association of College Baseball Coaches, the Arizona Sports Hall of Fame, the Tucson Conquistadors Award, the Helms Foundation Baseball Hall of Fame, the Outstanding Faculty Award, Honorary Bobcat, Tucson Rotary Club presidency, Sigma Nu Alumni leader and many others. There was no better storyteller, either. He worked endlessly for the youth of this state and spent special time in strengthening character and morale through quality athletics. Pop believed in the well-rounded individual and it was only right that the U of A name their new athletic center in his honor. McKale Center will always stand as a tribute to a fine sportsman.