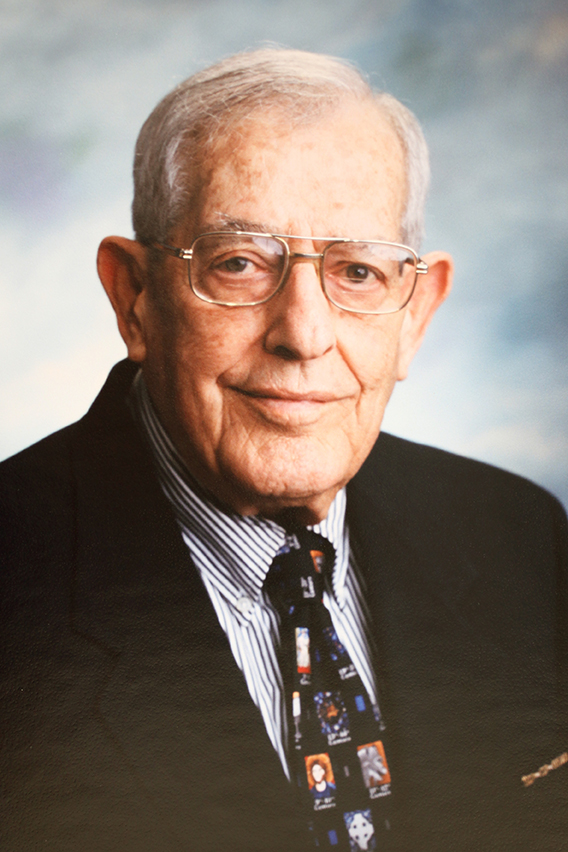 In 1946 Harold started his own general contracting business and since that time the Ashton Company has been a part of Arizona. The first major construction project was the Tucson High School Vocational building in 1949. Other outstanding projects are the two U of A stadium additions, the City Hall building and Pima County Courthouse. Harold is past president of the Tucson Chamber of Commerce, receiving its Founders Award in 1998.
He is past president of the Arizona Chapter of the Associated General Contractors of America and is on the National Board of that organization reaching emeritus status in 1987. He has been president of the Tucson Airport Authority and a member of the Board of Directors of the Tucson Medical Center. He established an endowment at the U of A providing five scholarships for needy students. He is recipient of the U of A Alumni Council Distinguished Citizen Award.