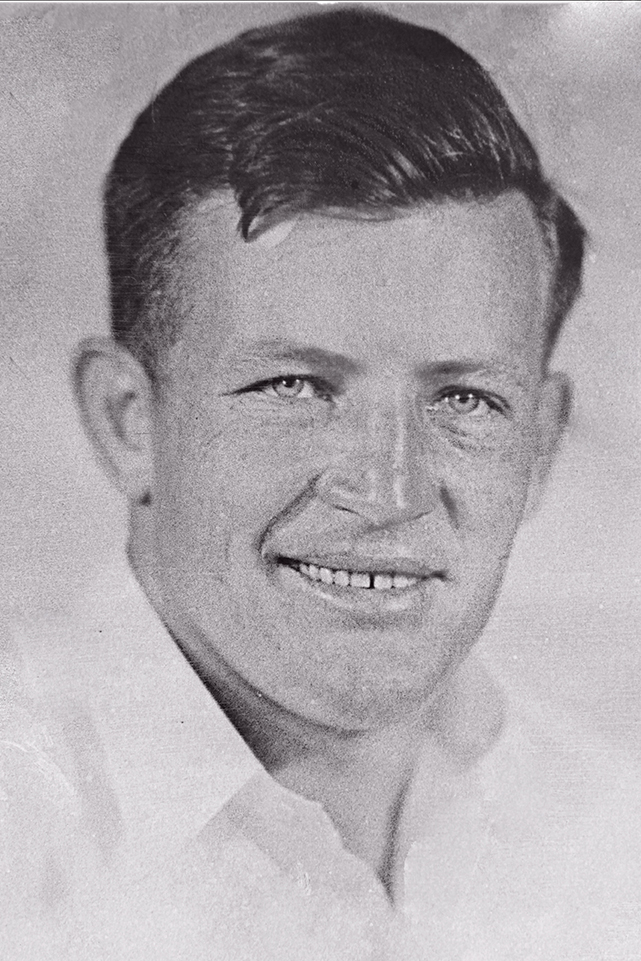 “Porque” Patten began life-long devotion to public service as an active participant and outstanding athlete at Tucson High School. His athletic excellence in the University of Arizona football team brought him back to THS as an assistant track coach under Doc Van Horne. Harold Patten began his tenure as Director of the City of Tucson Recreation Department in the early 1930’s and oversaw extensive reorganization and innovation within the Department. Always an avid sports fan and supporter of youth in athletics, “Porque” was responsible for reaching out into the Mexican American youth in Tucson community and was directly responsible for their increased participation in interscholastic and recreational programs. He served as a member of Arizona Congressional delegation and responded to his country’s call.