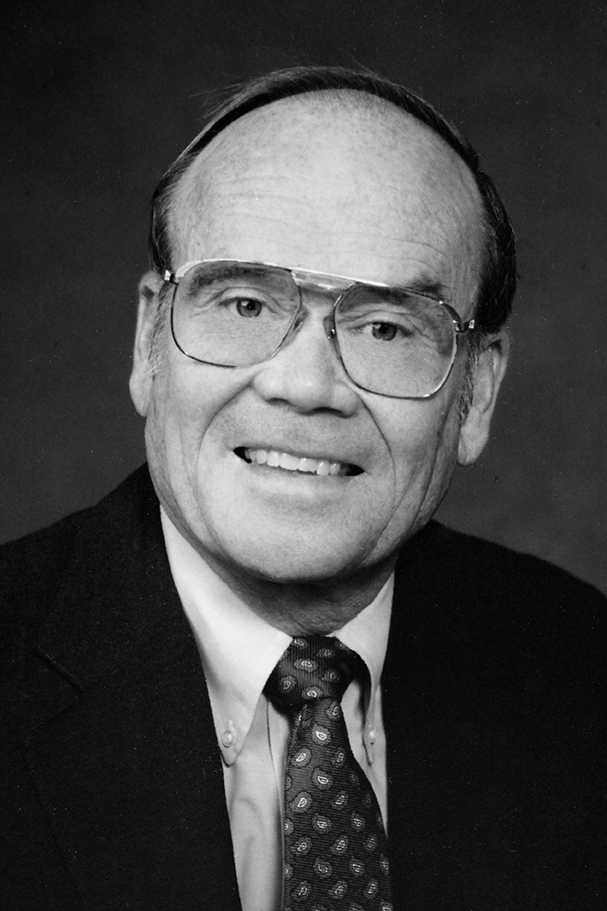 Many THS alumni go on to UA and are honored as outstanding graduates of that institutions. This is the case with H. Wilson Sundt, recipient of the 1989 Medallion from the University of Arizona, awarded to outstanding graduates contributing to business, public, cultural and educational fields in their communities and the nation. Mr. Sundt has of course received many awards but especially prizes this one. The Badgers are proud to recognize him today for his many achievements.
“Unkie” Sundt’s mother gave him his nickname after a favorite uncle. The family moved from New Jersey to Tucson, where he started at THS in 1947. Unkie was student body vice president and a member of the National Honor Society, Senior Cabinet, and the Lettermen’s Club (for tennis).
H. Wilson Sundt received his degree in Business Administration in 1954 from the University of Arizona. As an undergraduate he was president of the junior class and was named to the Bobcats Senior Men’s Honorary and Who’s Who of American Colleges and Universities. From 1957 to 1959 he did postgraduate work in civil engineering at the U of A.
Mr. Sundt has been in construction industry since 1957, becoming president and chairman of Sundt Corporation in 1978; he continues to serve as Chairman and CEO. He has served as President of M. M. Sundt Construction Company and Executive Vice President, Vice President and Manager of the building Division of that company. During his years served as CEO of Sundt Corporation, he has been responsible for the direction of the following subsidiaries: Sundt International, SAB Corporation, M. M. Sundt Construction Company, Albuquerque Gravel Products, Permian Constructors Inc., Escon Constructors and Escon Builders. He was instrumental in the formation of the partnership Arabian-Sundt Ltd. And direction of its work in Saudi Arabia. He presently serves as Director on the corporate Boards of Tucson Electric Power Company and Nations Energy Company. He is a past president on the Board of Directors of the Tucson Airport Authority and has served on the Boards of the University of Arizona Foundation and Magma Copper Company.
Unkie met and dated his lovely Dottie in their college days at the Univesity of Arizona. They have been married for 42 years and have three children (Tommy, Perri, and Jerry) and four grandchildren (Gary, Patrick, Ashley and Kristen). They are happy that all live in Tucson.
Unkie is still active in tennis and spends a lot of time travelling. Today the THS Badger Foundation honors him “in absentia”—he is away on a construction project in Moscow and is unable to attend our meeting. He sent his regrets and his wife Dottie in his stead.