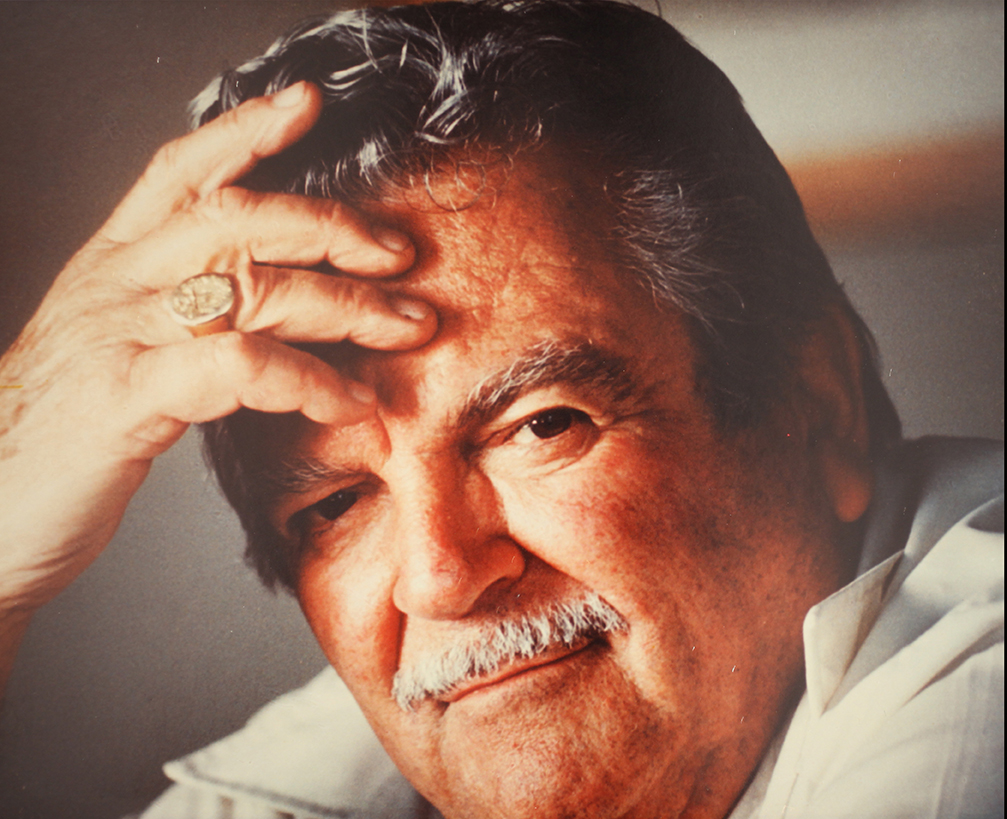 “Canciones de mi Padre” a June 21, 1995 editorial in the Arizona Daily Star, pays tribute to Gilbert Ronstadt and his underlying influence on the Tucson community. The editorial is “soft-spoken”, as was the man whom it praises.
“Gilbert Ronstadt, who died in Tucson this weekend (June 17, 1995), was known to most people as the father of singer Linda Ronstadt. Some may also have known him as the inspiration of her highly acclaimed Spanish-language album, Canciones de mi Padre. “They knew only a fraction of the story. “To Tucsonans, Gilbert Ronstadt was more than a father to superstar Linda and former police chief Peter; he was, in many ways, a father to Tucson itself.
“Gilbert Ronstadt was born a decade into the 20th century, on June 1, 1911. Arizona had yet to become a state; Congress Street was a dusty road through the middle of tiny downtown. When he died, some 84 years later, Tucson would be a vibrant, growing and eminently livable city – due in no small part to him.
“As a young man, Ronstadt entertained Tucsonans with his beautiful voice, singing on both the radio and on nightclub and theater stages around town. Friends said he could have been a professional, but family responsibilities – including carrying on the family hardware business – came first.
“Ronstadt could not abandon his love of things musical, however, and when he started his own family, he made sure to pass on that love of music to his children. He filled their home with mariachi music, and encouraged the family to sing together. (Gilbert’s two other children—Gretchen (Suzy) Jacome and Michael, are equally musical!)
“Fortunately, Ronstadt could not abandon his love for his hometown, either. After serving in World War II, he returned to focus on the needs of this rapidly growing city. He founded one of its first neighborhood associations, and stressed the need to preserve Tucson’s rich cultural heritage.
“He helped improve city services, getting dirt roads paved, and chairing the group that established Tucson’s first sewage system. “He led efforts to restore and revitalize downtown, and served on numerous civic boards, including those of the Chamber of Commerce, the Tucson Trade Bureau and the Arizona Historical Society. He worked to preserve Spanish missions on both sides of the US-Mexican border, and decades before NAFTA, he helped establish trade ties between Tucson and Mexico.
“Always described as a quiet, unassuming man, Gilbert Ronstadt was content to stand outside the spotlight that shone on other members of his family. But in Tucson, his good works and love of community—like the mariachi classics he helped reintroduce to the world through his famous daughter—live on.”
In 1990 the Tucson Chamber of Commerce added a new award to its annual Man and Woman of the Year awards ceremony. That award, the Founders’ Award—for his long-term community service—went to Gilbert Ronstadt.