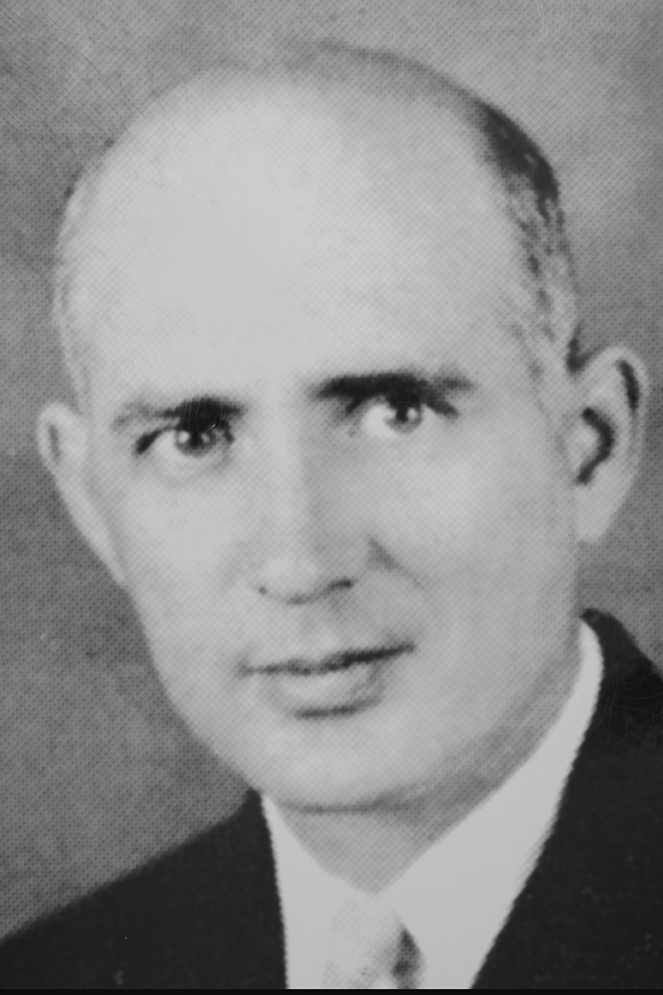 George Bazzetta was a member of the THS faculty from 1939 to 1971 as a science teacher and Head of the THS Science Department. He brought special National recognition and fame to the THS of six outstanding high chemistry teachers in the nation. He received the ACS James Bryant Conant Award for his all-around excellence in the field of chemistry teaching. Not many people ever become one of the nation’s top six in a field; this is a honor not only for George but also for THS.
George, a native Tucsonan, was born August 25, 1907, in Morenci, where he grew up with three brothers and one sister. He was valedictorian of his high school class. He moved to Tucson in 1926 when he entered the U of A to earn His BS and MS degrees in Chemistry. A $250 per year Phelps Dodge Scholarship, and later a graduate scholarship from the U of A Chemistry Department, gave George the financial boost he needed to complete the requirements for his degrees.
After George began teaching at Tucson High, he met his future wife, Mary Kalil, a very capable and popular THS teacher of typing and shorthand. They were married August 2, 1947. This happy marriage motivated George to do his best teaching.
In 1959 George brought State recognition to THS science teaching when he was selected as an Outstanding Teacher by the Arizona Academy of Science. This was the Academy’s first year for this type of recognition and award.
Then in 1961, it was national fame for THS when George was selected by the National Science Foundation as one of 15 high schools science teachers in the nation invited to Washington D.C. for consultation with a selected group of college professors. The National Science Foundation was funded by Congress due to the great concern that Russia was doing better than we were in teaching science and math. This arose with the Russian launch in 1957 of “Sputnik”, the first space satellite to circle the earth, remaining in orbit for a number of days. NSF expressed their appreciation to Tucson Public Schools Superintendent, Dr. Robert Morrow, for the valuable services of George Bazzetta and for sharing the high standards in science education he had set.
George was always willing to spend his own time after class to teach his students as much as they wanted to learn. Conscientious and unselfish, for years he also devoted hours of his own time to the Southern Arizona Science Fairs to create and support an interest in science among the young. Many of his students and these others are now pursing outstanding careers in science. George also worked on other educational needs: adding new courses in Navigation and Aeronautics to the THS curriculum; adding Advanced Placement Chemistry (college level) and coordinating with semester testing to allow U of A college credit; organizing and coordinating, without pay, a complete summer school program when the Tucson Public School System could not provide financial support for summer schools.
Only a person with George’s dedication expertise and enthusiasm could have accomplished as much. And only a person such as George would fulfill these needs without compensation for the enormous number of hours spent. The ones who have benefitted from Georges contributions and timeless efforts are THS students and the Tucson Public School System, not only during his time here, but for years to come.
Robert Webb, Class of ‘47
(NOTE: George credits his late wife Mary and the late Dr. Millard Seeley, THS ‘34 and U of A chemistry professor, for support in his endeavors).