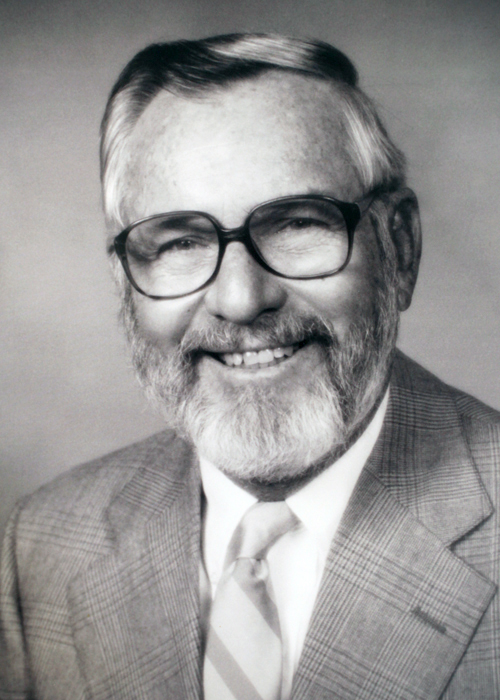 Born in Detroit, Michigan on October 24, 1922, George came to Tucson in 1939. He attended Tucson High during his senior year but graduated after summer school in Detroit. Tucson’s climate brought him back to Tucson and the University of Arizona until World War ll when he joined the Marine Corps. In the battle on Saipan he was wounded in action and awarded the Purple Heart. After the war he earned both his B.A and M.Ed. at the University of Arizona.

George practice-taught at Tucson High (1947), then taught summer school classes in American History and American Problems, also at Tucson High. He taught social studies in the Amphitheater School District until his refusal to testify before the House Un-American Activities Committee during the McCarthy era forced him to leave teaching. He became a painting contractor, operating his business for 31 years.

George served on the Tucson City Council from 1977 to 1991 when he was elected Tucson mayor (1991-1999). While in city government, he was instrumental in passing legislation prohibiting smoking in restaurants, hiring magistrates based on merit, establishing a sign code and developing KIDCO after-school programs. He advocated for the creation of the Domestic Violence Commission, and the GLBT Commission to protect that community and educate all. George led in the creation of Job Path, a program that upgrades the skills of low-income workers, and an inter-governmental agreement with Tucson Unified School District allowing the purchase of land for a new Drachman school. He was also instrumental in increasing workforce diversity in all city operations.

George’s many awards include the U of A Alumni Association Distinguished Citizen Award (1993), the Tucson Urban League’s Whitney Young Humanitarian Award (2000), the ACLU Civil Libertarian Award (2000), and the Tucson Library Dedication of the George Miller-Gold Links Library in 1997. He was a Father of the Year Honoree in 1995, an award well deserved in the eyes of his wife Roslyn and their eight children.