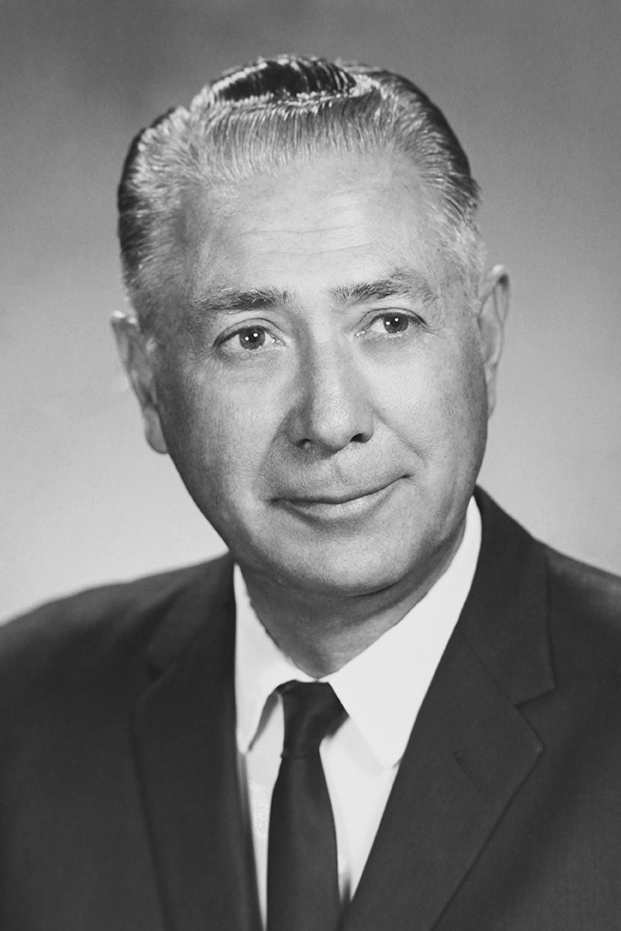 Born on January 17, 1906, in Windsor, California, Fred came to Arizona with his parents when he was 9 years old when they settled on a homestead in the Sulfur Springs Valley near Wilcox. He attended Tucson High School where he played clarinet and graduated class of 1923. He entered the University of Arizona as a self-supporting student, working for both Tucson newspapers and active business manager and clarinets with the Concert Band and also clarinets with the Tucson Symphony Orchestra. After college he worked for Tovrea Packing Co. until he opened his own Insurance business. Following Pearl Harbor he entered military service in 1942 with the Medical Corps soon after was commissioned in the Transportation Corps at San Francisco Port of Embarkation, serving as Troop Movement Officer at Camp Stoneman Staging Area. In 1951 he was elected Mayor of Tucson. After serving a second term as Mayor he joined the Thomas-Davis Clinic where he served as executive director for over 20 years. He has been active all his adult life making-things-happen for the betterment of his community. Fred is current president of Kiwanis Club of Tucson.