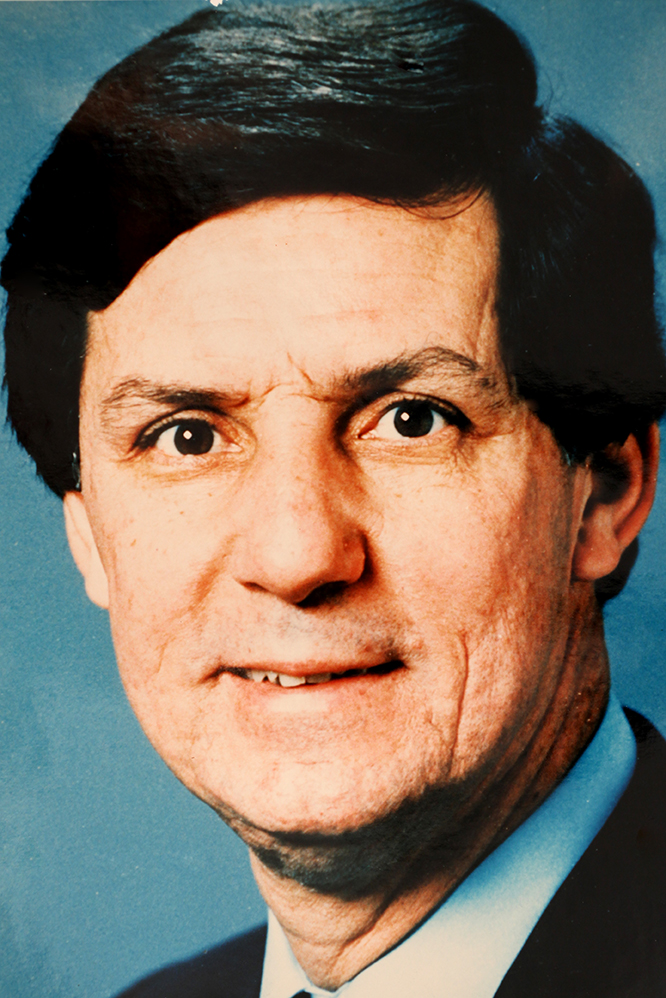 Frank Sotomayor took seeds planted at Tucson High, nurtured them at the University of Arizona Journalism Department and produced a 36-year career redolent with achievements. A 1962 THS graduate, he has had a distinguished career, including winning the Pulitzer Prize, and he has helped to open up greater opportunities for racial minorities and women in the news media.

Frank grew up in Barrio Hollywood and graduated from Davis Elementary and John Spring Junior High. At Tucson High, he got his journalistic start as a sophomore at the urging of English teacher Leonore Nier. He worked on the Cactus Chronicle for three years under the tutelage of Harriet Martin and in his senior year he served as sports editor and also as a sports correspondent for the Arizona Daily Star.
He was editor of the Arizona Daily Wildcat at the U of A, and on graduation with a degree in journalism, was named outstanding male graduation of the class of 1966, receiving the Robert Nugent Award. He earned a fellowship to Stanford University where he received a 1967 master’s in communication. He did further study as winner of the prestigious Nieman Fellowship at Harvard University in 1985-86.

After Stanford, he worked as a reporter and copy editor at the Philadelphia Inquirer. During his Army tour, he was an editor and reporter at Pacific Stars and Stripes in Tokyo. He began work at the Los Angeles Times in 1970 and is now an Assistant Metro Editor.

He was a writer and a co-editor of the 1983 Time series on Latinos in Southern California. That groundbreaking series won the 1984 Pulitzer Prize for Public Service. It also helped to educate readers about the Latino Community– to see people in their full dimensions, not as stereotypes.

Frank was a founder of the Maynard Institute for Journalism Education, which provides advanced training to journalists to further the goal of a more diverse news media. In 1980, he was the first director of the institutes’ Editing Program for Minority Journalists. The program, based at the University of Arizona’s journalism Department, has trained more nonwhite copy editors than any other institution in the nation. Now the Editing Program is open to all applicants, both white and nonwhite. The institute also trained hundreds of reporters at the Summer Program for Minority Journalists at UC Berkley.

In 1978, he was key in securing the first major grant for the California Chicano News Media Association. CCNMA has held workshops and job fairs to help Hispanics and other racial minorities obtain news media positions. Frank was honored by CCNMA last year.

In 1978, Frank helped organize Friends of Journalism, which worked to successfully fend off the proposed closing of UA Journalism Department. He also served for two years on the board of advisors of the UC Berkeley Graduate School of Journalism.

He is married to Meri Finnerty Sotomayor, a 1967 UA journalism graduate. Frank and Meri are co-authors of Para los Ninos– For the Children, a report about education for Mexican-Americans, published by the U.S. Commission for Civil Rights. They live in Glendale, CA, and have two children, Teresa, 23, who attended UC Berkeley; and Stephen, 18, a UA sophomore.