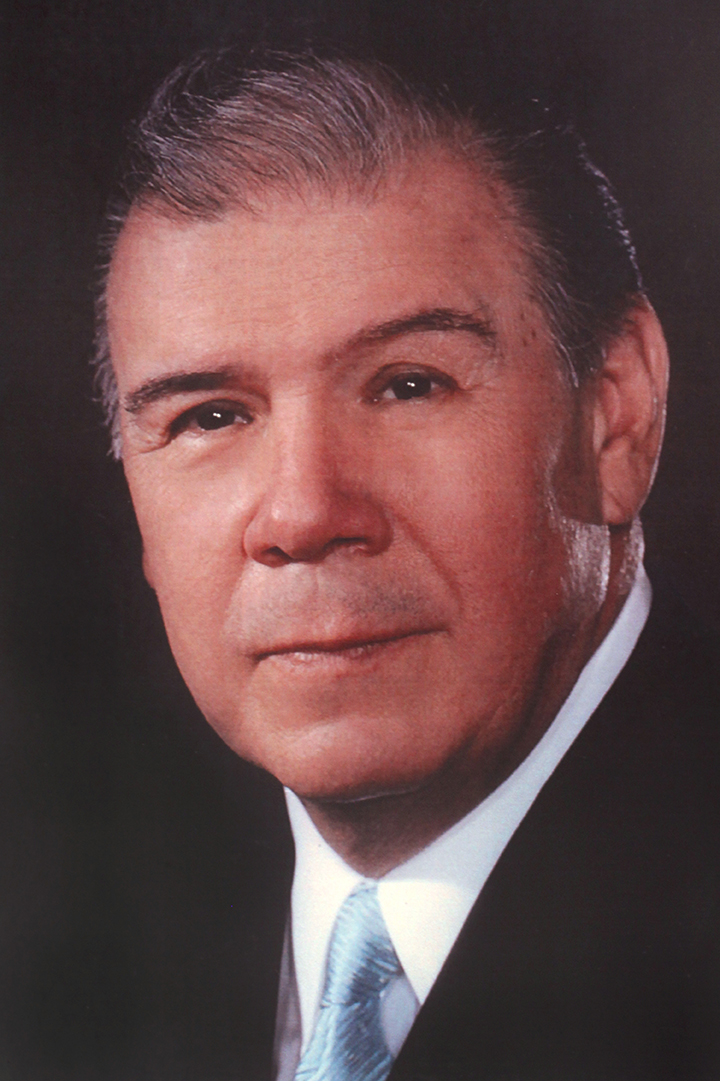 Frank H. Cruz, THS Class of 1957, has served community and nation as a military veteran, educator, author, trailblazing TV journalist and co-founder of the Telemundo Television Network. As a member of the Corporation for Public Broadcasting (CPB) for 12 years and its chairman for two years, he supported groundbreaking programming for PBS and Public Radio, bringing new voices to the nation’s audiences. Cruz gained inspiration and his entrepreneurial spirit from his mother. Despite being a widow with few resources, she operated a small restaurant in Barrio Hollywood, where the family lived. At THS, Frank got his first broadcast experience while taking a radio class with teacher Glenwood Broyles and being chosen to present school news on a Spanish-language radio station. Frank volunteered for the Air Force and ended his duty in Southern California, where he later attended community college and USC, receiving a B.A. in 1966. He taught in high school and co-wrote a book describing the achievements of prominent Latino Americans. After earning his M.A., Cruz taught history at Cal State Long Beach and hosted a pioneering TV course on KNBC. In 1972, he was hired as a KABC news reporter. After moving to KNBC in 1975, Cruz became a weekend anchor, the first Hispanic in L.A. to hold an anchor position. During his presidency of the California Chicano News Media Association, 1978-81, the organization began holding job fairs and awarding scholarships to assist aspiring journalists, including students from Tucson. In 1975, Cruz was instrumental in creation of an L.A. Spanish-language station; in 1986, he became co-founder of Telemundo, the nation’s second Spanish-language TV network. Four years later, he co-founded and chaired the nation’s first Hispanic-owned life insurance company. President Clinton appointed Cruz to CPB’s board in 1994. When he left the position in 2006, his board colleagues recognized Cruz, saying that during his “distinguished tenure,” he encouraged “greater service to underserved populations, stronger links within the public broadcasting community and more innovative use of the new technology.” Cruz, a USC trustee, served on the founding board of the Media, Democracy & Policy Initiative at the University of Arizona.