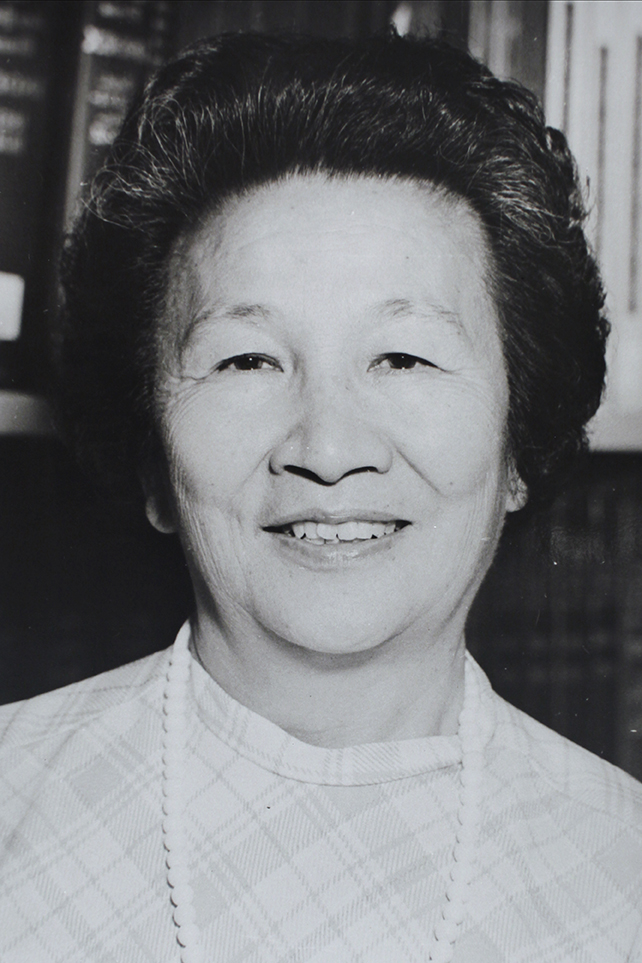 Esther Tang graduated from Tucson High School in 1935. While at THS she participated in the Marching Squad, the Cactus Chronicle and was a member of the Honor Society. Upon her graduation from the University of Arizona she became co-owner of Dave’s One Stop and became increasingly involved in her community. One of her first projects was to collect coordinate the efforts of local agencies involved in girls’ sports and to improve the quality of those programs. She served as Secretary of the Board of Directors of the first United Community Campaign in Tucson in the 50’s and was elected the first Chairwoman of the Y.W.C.A. Rancho de los Cerros. Among her numerous community service inspired awards, she has received are Tucson Woman of The Year Award for her activities in business and volunteerism; she has been honored as Woman of the Year for Administration for 1968; she has received the Sertoma Service to Mankind award and has been recognized by the University of Arizona Alumni Association as one of its Distinguished Citizens. She was elected to the Pima County Community College District Board of Governors in 1975 and in 1984 was elected Chairperson of the Pima County College Board of Governors. Her life of dedication to her fellow human beings has served as a model for many young women in Tucson and was selected as one of twenty three successful career women profiled by the Arizona’s Women’s Commission in its 1980 publication, HEMBRA.