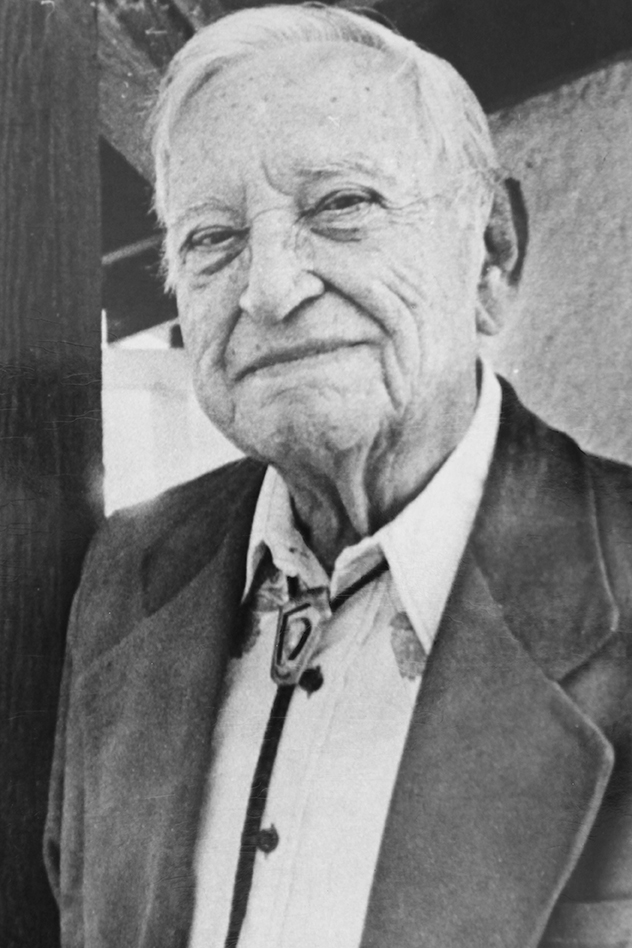 Eleazar Dias “Ed” Herreras, Class of 1915
Architect, Engineer
Was born in an adobe house in Barrio Libre in Tucson on February 16, 1897. He was educated in the Tucson Public School system at Drachman Elementary, Safford Junior High and Tucson High School. While at Tucson High, Eleazar played quarterback under Pop McKale. He recalled the fact that they used to kick the rocks off the field for practice and for games. Eleazar participated in the class play “Captain Black’. He has fond memories of his teachers, Mrs. Nicholson and Anne E. Rogers. Eleazar graduated from Tucson High in 1916.

In 1918, Eleazar served in the infantry during World War I. He was a recipient of the degree of Bachelor of Science in math from the University of Arizona in 1921. Eleazar had a desire to be in the building game. He used to follow his father who was a plaster contractor to work. Eleazar received his Architectural License in 1924. While going to school, he worked for DH JH Holmes and then for Henry O. Jaastad who later became mayor of the City. The City Council at the time urged him to join the City. If they had any problems, they would send them to Ed. He became a City Architect for five years. For 25 years, he was Chief Building Inspector for the City of Tucson. For many years, Eleazar was in private practice as an Architect and Engineer in Tucson. He was active for 60 years as a member of numerous local, state, civic, professional, government, social and religious commissions and organizations. Some awards that Ed was the recipient of were the University of Arizona Distinguished Citizen, Tucson Heritage Foundation Award for Historic Preservation and Investment as a fellow of the American Institute of Architects.

Eleazar was the donor to the University of Arizona of an endowment which has for the past 15 years provided an annual scholarship in Architecture for students of Hispanic origin and specialist in restoration and preservation of historic buildings in the Southern Arizona region most notable of which is Mission San Xavier del Bac. He also worked on the restoration of the John C. Fremont House, Casa Cordova, the Florence Jail and the Edward Nye Fish House.
Eleazar “Ed” Herreras, a soft spoken man full of energy and enthusiasm that can be seen throughout the Tucson Community.