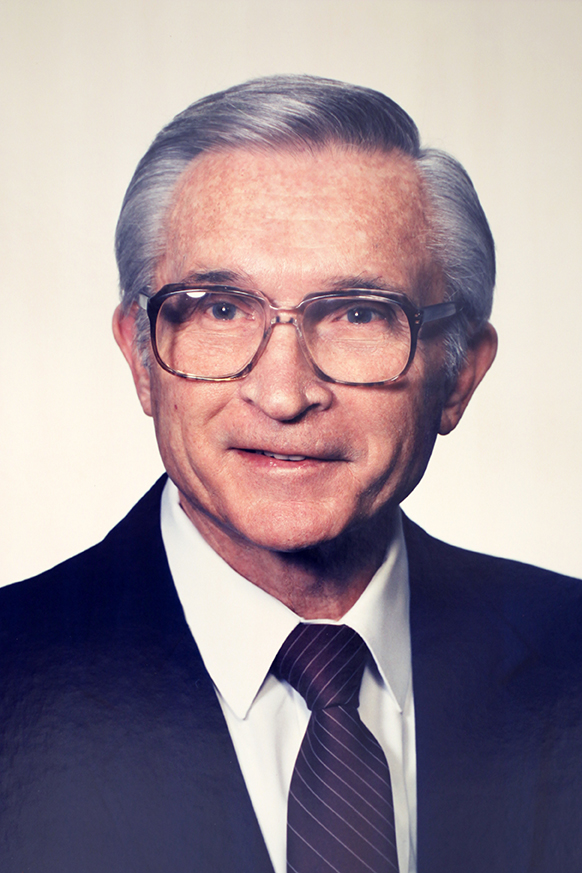 Dr. Brooks came to THS in 1939 as a football and track coach, soon adding math and physics and chemistry to his schedule. Dr. Brooks was in the US Navy as an aerial navigator, flying in the Pacific and South Pacific from 1943-46. After WWII he continued teaching and coaching football and track at THS. He earned his MA from the University of Arizona and a doctorate degree from Stanford University. In 1953 he became the first principal of Pueblo High School. Ten years later he was named Assistant Super indent of TUSD and in 1968 Associate Superintendent.
In 1970 he took the position of Director of Metropolitan Nashville, Tennessee schools until retirement in 1980. Dr. Brooks was in charge of school desegregation in this school district. Honors include the Kellogg Foundation Project in Educational Administration, the PACESETTER National Principal of the Year Award, and the John Hay Fellowship in the Humanities at Bennington and Williams Colleges, NAU’s Alumni Achievement Award and the Distinguished Alumni Award.