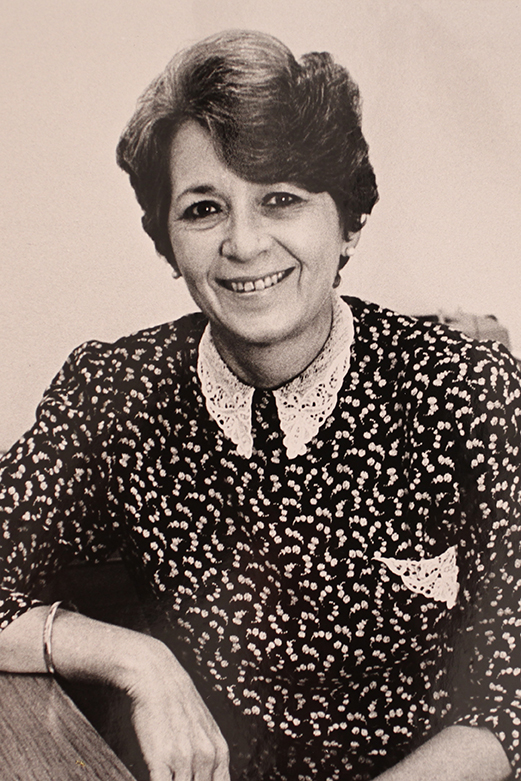 Native Tucsonan, graduated from Tucson High in 1957. Some of her THS activities were managing editor of the Cactus Chronicle, Girls League, Thespian Society, Who’s Who, and Girls State.
While at the University of Arizona Wildcat, Spurs Sophomore Honorary, Chimes Junior Honorary, Mortar Board, Angel Flight, Associated Women Students, Who’s Who, and the Freeman Medal, in 1961, Edith was awarded her B.A. degree, and in 1975 completed her M.A. degree in Journalism.
Edith was recognized by the University of Arizona in 1971 with the A. Lewis Slonaker Award for outstanding service. Other awards that Edith received were the Distinguished Citizen Award, U of A Greek Hall of Fame, Honorary member of the Golden Key National Honorary, Centennial Medallion for Distinguished Alumni, and the Honorary Bobcat from the U of A Homecoming. Edith Sayre Auslander, Human Resources Director for TNI Partners, has had a 29 year career in newspaper work. She has been a reporter and editor for The Arizona Daily Star and assistant professor of journalism at the University of Arizona.
One of 15 founders of the National Associations of Hispanic Journalists, she has been in the Hispanic Business magazine as one of 100 influential U.S. Hispanics and in Replica magazine as one of 25 Hispanic women of the year.
Edith Auslander has been co-director of the Editing Program for Minority Journalists and a member of the Senior Faculty of the Institute for Journalism Education. She has won awards for writing and editing and has been active in local and national organizations that focus on the needs of women and minorities. She was named Tucson’s Woman of the Year for 1989-1990 president of the Arizona Board of Regents. She received a Gannett President’s Ring for human resources management in 1990.