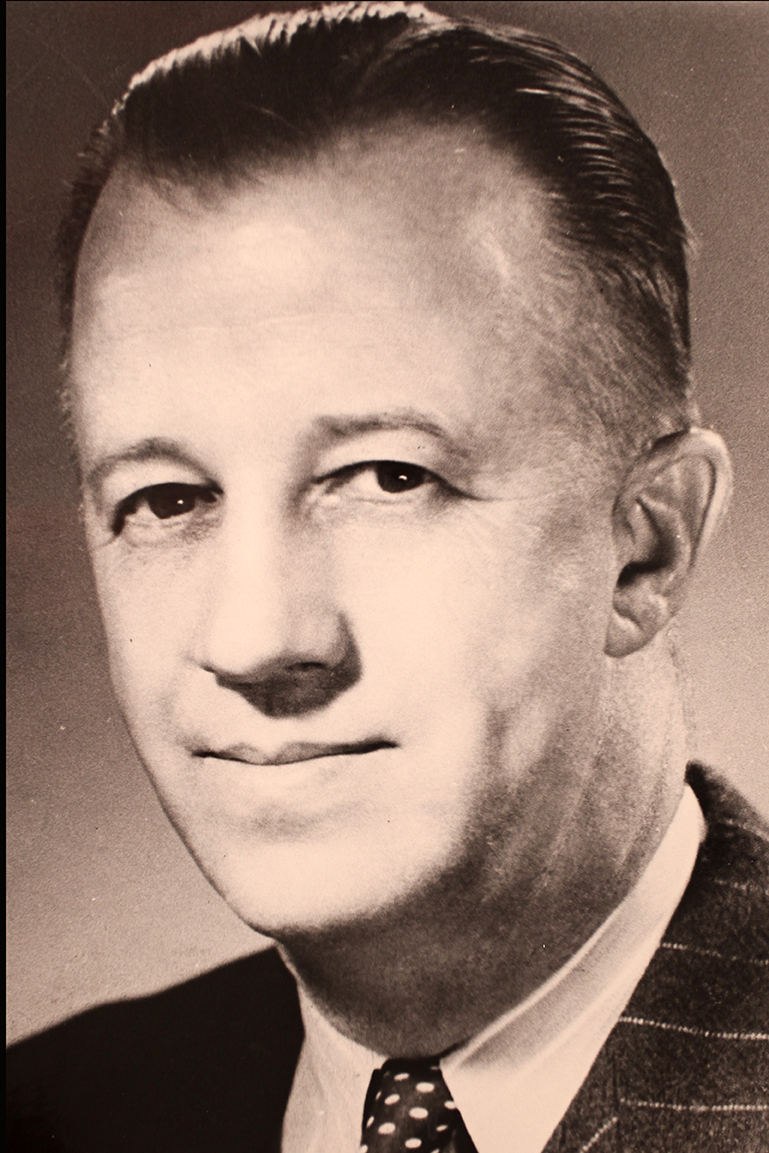 Dr. Morrow could be called Tucson’s number one educator. His first role in Tucson was superintendent for the State School for the Deaf and Blind in 1932, having received his degrees from George Washington University, Gallaudet and the University of Arizona. When he joined Tucson Unified School District One in 1941, there was only one secondary school, Tucson High School, and a total enrollment of 8,100 students. When he retired, the census was 53,000 students and 60 schools. Dr. Morrow led the program for the elimination of segregation in Tucson Schools and classrooms as well as for special and adaptive education. Typically Bob credited those who worked for him with the outstanding academic achievements of his 27-year career with School District One– “Everyone, from the custodians to the teachers and administrators to the students and parents, they are the ones who created the school district.”