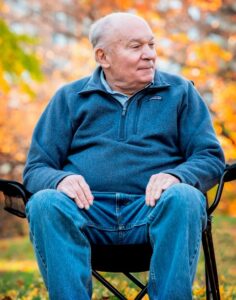 Renato is an internationally renowned scholar and Chicano trailblazer. At age 12, he moved to Tucson from very Anglo Madison, Wisconsin. After a classmate in Tucson called Mexicans “dirty”, Renato relearned Spanish, not spoken since age six, and embraced being Mexican American. He studied and promoted his Chicano heritage throughout his lifetime.

At Tucson High School, Renato became “Chico” and a member of The Chasers, a band of Mexican American friends. In 2019, Duke University Press published Renatoʻs prose poetry collection, The Chasers. This well-reviewed auto-ethnography is a poignant and often hilarious portrait of 1950ʻs THS, these boys, their antics, their divergent adult paths, and lifetime friendships. To be a Chaser meant something special.

In 1970, Renato became the first Chicano PhD professor in Arts and Sciences at Stanford University. He chaired the Anthropology Department and was awarded two endowed chairs. He also founded and directed the Stanford Center for Chicano Research and did fieldwork in the Philippines and Latin America. In 2003, he became a Professor at New York University, where he was the first Director of Latino/a Studies and is now a distinguished Professor Emeritus.

A career capstone, Renato was elected a Fellow to the renowned American Academy of the Arts and Sciences. Also named a Scholar with the National Association of Chicano/a Studies, he was President of the American Ethological Society.  He has received numerous Fellowships: two Fulbrights, a Ford Foundation, and a Guggenheim.

As a poet, he celebrates his Chicano culture in the American Book Award winning bilingual book, Prayer to a Spider Woman (Rezo a la mujer arana), and his THS coming-of-age portrait, The Chasers, which he read at our 60th reunion. With all his scholarly and leadership achievements, Chico remains gentle, humble, and beloved.